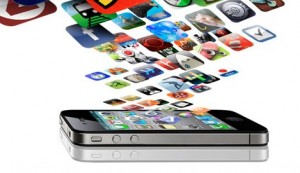 The iPhone App Market is growing exponentially every year .It is getting a bit difficult for most users to select an app in a specific category due to the ever increasing app submissions by developers.From its inception since 2008 , the iOS App store has travelled a long way giving high quality apps to its users. We have listed down the top iPhone Apps of all  time (both free and paid ) to set up your new Apple iPhone right away.

Making obvious in the list is the Social Networking Giant Facebook. The Facebook app is the most downloaded app in the iOS app store . The app is constantly updated with new features similar to its desktop version . Posting photos , Updating status , checking-in at your favourite place on the go and sharing it with your friends makes it easy for its wide range of users.

Pandora Radio is a free service that will only play the music which the user loves. The app has been downloaded numerous times by all the music lovers around the world.The app is well known for its smooth user interface and navigations .

Find My iPhone is a must-have app for everyone. When your iPhone gets lost , Find My iPhone app lets you track for it by using another iOS device ( iPad,iPod Touch , iPhone or Mac ) and protect your data.

The free version of the popular multiplayer Word Game Words with friends is a famous app in the App Store.The rules are vey much similar to Scrabble. Upto 20 Games can be played simultaneously with push notification alerts.

Angry birds is the most popular paid app of all time on iPhone. Over a billion downloads already Angry Birds is one game that you will see in most of the iPhones.Angry birds is priced at $0.99 in the App Store

Fruit Ninja is a game in which the player slices a fruit with a blade controlled by the iPhone touchscreen. When the fruit is shown on the screen , player slices the fruit by swiping his finger across the fruit on the touch screen . Fruit Ninja is well received by everyone due to its simplicity and addictiveness with great visuals.It is priced at $0.99 in the App Store

Doodle Jump which was released much before the Angry Birds was on top of the charts for so many days.Doodle Jump uses the Accelerometer of the device to guide a four-legged creature called “The Doodler” to a never ending series of platforms without falling.The Game has sold over 10 Million copies in iOS Store.It is priced at $0.99 in the App Store

Cut the Rope is a physics-based puzzle game in which the objective is to feed candy to a green monster while collecting starts at the same time. The more stars you collect while doing the objective will fetch you a bigger score.There are many levels and challenges available .It is priced at $0.99 in the App Store.

Pocket God is a god game where the player can manipulate an island and its inhabitants . The player controls everything on the island by playing the role of God.

These are top 5 most downloaded iPhone apps ( free and paid) of all time.We hope you liked our article .Please let us know in the comments section.