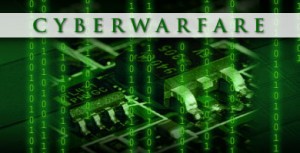 In today’s digital age, the concept of what poses a threat to national and personal security is rapidly changing. Physical acts of crime, violence, and terrorism are of course as present as ever in the world, but now a hacker or a malicious computer virus can pose just as much of a threat to our safety. Read on to learn more about cyber warfare, how it might affect you, and what the government’s plan is to prevent it by reading the article below.

Cyber warfare at a glance

The most commonly accepted definition of cyber warfare is that it is a type of politically-motivated hacking used as a means to carry out sabotage and espionage. A cyber-attack of this type could have huge implications for national and personal security, as it could be used to shut down critical national infrastructure, such as gas, water, and electricity supplies, leaving an entire nation—or at least a targeted part of it—in crisis. It could also, of course, be used to steal intellectual property and trade secrets. 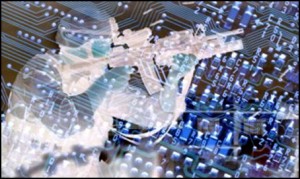 A number of successful attacks and attempts have already been launched. A virus known as Stuxnet was reportedly launched by the U.S. to undermine Iran’s nuclear programme in 2010, and a related strand of the virus, Duqu, was found in industrial systems early in 2012. A third, far more complex virus known as The Flame—which can even turn on the microphones of infected PCs to listen in on conversations—was found in May 2012. Cyber-attacks were also reportedly launched on US-based defence company Lockheed Martin in 2011, and on Saudi oil industry company computers in October 2012.

Over the past few years, the UK has expressed growing concern over the possibility that cyber-attacks could infiltrate critical infrastructure, as well as the nation’s financial institutions. These attacks would not be used to simply wipe out one home’s power or steal one person’s financial information; rather, an entire network would be affected by the siege. In fact, according to an article published in The Guardian in December, government officials claim that “billions of pounds” of intellectual property have already been taken from UK businesses. Likewise, a report issued by the Defence Select Committee earlier this month suggested that the Armed Forces’ ability to operate would be fatally compromised in the event of a sustained cyber-attack. To defend against the threats, the government has allocated £650 million to invest in the National Cyber Committee Programme, and initiative started in 2011.

As personal computers are particularly vulnerable to attacks, there are some things you can do to improve your “cyber hygiene.” Encrypt sensitive data on your computer and exercise caution when following links in emails—especially if you do not know the sender. Do not log into your personal accounts over public WiFi networks, and change passwords on your email, banking accounts, social media accounts, and pc games accounts regularly. Finally, make sure you’re up-to-date on your anti-virus software. Taking a few extra minutes each day to implement these tips into your daily lifestyle may help protect you from becoming the victim of an attack.