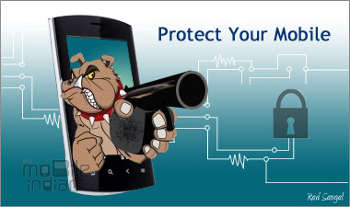 So many people use tablet devices, including iPads and Androids, which are also expensive and powerful tools. We carry them around like I used to carry my notebooks in school and we actually refer to them as notebooks. Electronic tablets are a far cry from the lined paper tablets accompanied by the box of #2 pencils. Because they are expensive and popular, they are subject to theft. Kids carry them around wherever they go, take them out, use them and then put them in their backpack. Thieves watch the kids who use and carry electronic tablets, follow them, threaten them with guns, knives, beatings and intimidation, attack them and then take their tablet. Thieves also just steal tablets from cars, homes or apartments. Tablets can be sold on the street, the black market or in online marketplaces like Amazon and EBay for big money.

A recent survey reports that 1 in 10 tablet users have reported that they have had a device stolen. The majority, 21% were stolen from a car, 18% from their home and 11.5% from an airport or bus station with the same percentage stolen from a restaurant. A puzzling statistic is that 7% of tablets were stolen from the person’s office.

In addition to the theft of the device, tablet owners also need to be concerned about identity theft from the data that can be accessed from their tablet.

Applications to keep track of tablet use and its physical location using enhanced GPS tracking can help to protect your tablet. There are many tablet security programs but Peek Tab is one that received high marks in a review. Some of the other features are contact info log, remote calendaring, a list of installed apps, a view of all photos that have been taken with the tablet.