With the dawn of the Internet and smart phones, we’ve entered a new age of watching television. Gone are the days of flipping through a TV guide and penciling in the timeslots of your favorite shows like you would an appointment. Now you can catch up on TV whenever you want. Now you can take your shows to work or to the park with you on your phone. Best of all, now you don’t even need a TV! 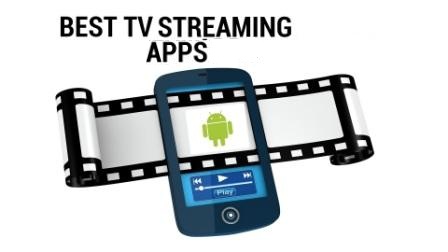 Here’s a look at some of the very best Android apps available through the Google Play store that give you the power to watch TV on your terms. Just as a disclaimer, we’ll be ignoring apps with pirate-like tendencies and also omitting the obvious (though solid) choices of Netflix, Hulu, and YouTube.

Formerly known as XBMC Media Center, this app functions as both a streaming platform and a digital media player. Kodi is a little unique in that it does NOT provide any of the content you can populate the app with; it simply operates as a one-stop entertainment hub, enabling you to stream online video, TV shows and movies from third-party add-ons, or your own content from your local network or digital library. Its sleek and intuitive interface makes this app a fan favorite, averaging a 4.5 star rating on the Google Play store. The best part? It’s free.

Although newspapers may be hemorrhaging subscribers, the demand for up-to-the-minute broadcast news is growing at an unprecedented rate. Haystack, which adapts to each user’s news-watching tastes to create personalized daily newscasts, offers coverage from a variety of sources, including CNN, MSNBC, the BBC, and the Associated Press, to keep you up to speed. The only major news network not featured is Fox News, which has blocked the app from using its programming. Still, if you’re a news junkie, you’ll find the coverage you’re looking for without having to sort through pages of clickbait or sit through commercials.

When you first download the app, you can select the general news topics (“science and technology,” “entertainment news,” and “politics,” to name a few) and latest Twitter trending topics that interest you most and choose your preferred news sources to compile your first personalized newscast. There’s also a quick walkthrough video that teaches you how to get the most out of the app; luckily, it’s all very user-friendly. Just note that it does ask you to sign in with Facebook.

Pluto.TV is a free HD TV steaming service populated with digital channels, including channels dedicated to aggregated content from Internet staples like The Onion, CRACKED, Sky News, and IGN. If you like viral videos, alternative news, cartoons, sports highlights, stand-up comedy, and critically-acclaimed web series, you need to download this app right now. The app’s TV guide is easily navigable since its channels are grouped together in specific categories, such as “news”, “pop culture,” or “Internet gold,” making this a great alternative to searching for similar videos or playlists on YouTube or Vimeo (which much of this content is sourced from). It’s not an ad-free experience, but the ad lengths are so minimal it’s hardly a nuisance. Plus, it’s guaranteed that you’re getting high-quality and well-produced videos no matter which channel you tap on.

Ok, so now we’ve come to the combo-breaker in our list: this app is a paid subscription service. Pricing starts at around $20/month, which is significantly cheaper than many TV service providers out there, and there’s no hidden fees or long-term contracts to agree to. Sling TV brings you many of the same perks you get from traditional TV subscriptions, including on-demand streaming, pause/rewind/fast-forward functions on live TV, and up to 3 days of video replay on certain channels. Plus, it’s a snap to stream video from your Android to your TV. If you’re on your way to saying goodbye to your cable provider, this is a good alternative to look into.

While everything else on this list has catered to those individuals who have “cut the cord,” this one is sure to make TV subscribers’ hearts beat a little faster. Whether you’ve ordered straight from DIRECTV or through a local retailer (http://satellitetvlocal.com/), please do yourself a favor and make sure you have this free app downloaded! This highly-rated app not only lets you stream live TV and access the vast DIRECTV On-Demand catalogue, it also enables you to watch whatever you’ve recorded on your DVR, all in HD quality. You can even set up DVR recordings from your phone whether you’re at home or miles away. Whether you’re into sports, movies, or the newest fall dramas, it’s all there waiting for you. See? You CAN have your cake and eat it too.