When most people think of churches, they think of buildings laden with tradition: old books, ceremony, a pipe organ, and candles. Churches are rarely, outside the bounds of evangelical megachurches, thought to be sites where new technology can thrive, a fact which should come as no surprise if you’ve visited local church websites’ recently – they tend to be extremely rudimentary. Yet, in an era when young people are straying from organized religion, technology can be a tool for enhancing worship and bringing generations together. 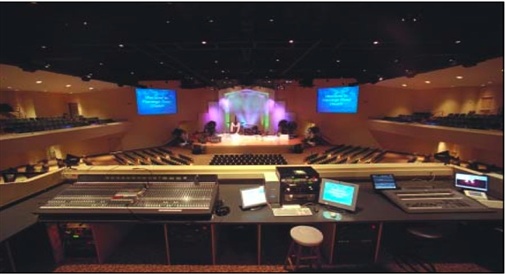 How can churches include more high tech features in their practices to the benefit of their communities? Here are 3 steps that can improve the church experience for people of all ages.

One tool that’s always benefited active worship participants is the daily or seasonal devotional, and in the past, you might pick up a devotional booklet in the narthex or receive it in the mail. Today, however, many preachers are making these devotionals available as downloads so that people can load them onto their phones and tablets. Many more are podcasting their sermons, allowing people who missed church to listen to them during the week or hear them again later if they want a refresher on the message.

In the past, one of the most common reasons people attended church – besides the motivation of faith – was to find community. For young people today, however, community is always just a click away using social media. When churches don’t engage with social networking platforms, they often seem out of touch with young people of faith. That’s why it’s so important for churches to begin using social media sites.

Your church doesn’t need to jump into Facebook and Twitter with both feet, but it should find ways to help young parishioners connect. Ideas include using a suggested hashtag for spiritual reflection, asking millennials to help run church accounts to encourage their engagement, and creating Facebook groups for church members, such as one focused on spirituality in young adulthood.

If you ask older worshipers about their church experiences, they’ll likely have many things to tell you – but one thing many elderly parishioners will point out is that as the years pass, they have more trouble hearing what’s being said. Even those with hearing aids often find the devices insufficient inside a large, echoing church.

To help parishioners with hearing impairments understand the service more effectively, consider investing in new audio devices. Are you relying on an old sound system? Consider instead upgrading to Bose speakers, which are known for their high quality sound transmission.

Another popular option seen in many churches is the assisted listening device. These devices include a transmitter for the speaker to use and several receivers that are worn like headphones by the user. The user can also adjust the level of sound amplification based on their personal needs, allowing different users to share the same receiver. Most churches keep these devices near the entrance of the church, allowing those who need them to borrow them as they arrive.

Your church doesn’t need to emulate a nightclub with flashing lights and loud music to adopt contemporary technology. It doesn’t even need to project song lyrics on a screen up front. Ultimately what’s most important about social engagement within church communities is a willingness to meet all interested parties where they’re at. This is how we serve one another.