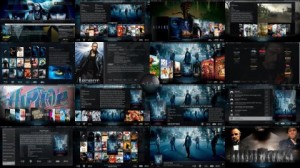 Another great news for Android users.Today, XBMC(Xbox Media Centre) announced that they will be bringing a full-fledged version of the application to Android.Is this the first time that you heard about XBMC? If your answer is “Yes” then here is the answer for you. XBMC is a free and open source cross-platform media center software for desktop capable of playing back almost all known video, audio and picture formats.

In a blog post the developers of the app announced that the app will work on all android based devices such as set-top boxes, televisions, tablets and smartphones.Although the app is not available on Google play till now, still you can download  XBMC APK file of the app from here.

XBMC writes in a blog post “We have decided not to push to Google Play until we are satisfied that users with all kinds of devices get the same great XBMC experience.”

Keep in mind that it is a early version of the app, so there will be some issues and bugs with this app. Among other things that are not working now is hardware decoding, with only software decoding being present in the leaked version.

I have downloaded XBMC APK file on my friend’s galaxy S3 and I must say it’s already nearly flawless. Playback of 720p MKV was perfect and smooth and of course looked amazing. Looking forward to the future of possible features a phone can bring to XBMC.