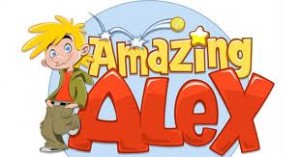 Rovio, The developers of Angry Birds series, has launched a new game called Amazing Alex. This new game is based on physics and is available on both Google Play Store and Apple App Store.

Just like Angry Birds Space, Rovio is offering three different versions for Amazing Alex. A free ad-supported version, the regular paid $0.99, as well as an HD version for $2.99.the free version is available only on Google Play. Very soon the game will be launched on other popular platforms such as Windows Phone, Mac and PCs.

Amazing Alex has a total number of 100 levels and each level can be solved in more than one way. Along with the 100 existing levels, players can set up their own levels and later the levels and solutions can be shared with their friends or with the whole world.

Petri Jarvilehto, EVP of Games, Rovio, stated, “We’re so excited for our fans to meet Amazing Alex. We’ve taken out time polishing a fantastic game and believe we’re created something fun and accessible for all ages. We’ve had a lot of fun with the game, and we can’t wait to see what our fans come up with!”

Please Have a Look at The Official Trailer of Amazing Alex

I have already downloaded this game on my Android mobile from Google play and completed 5 levels within a single day.Just play it once by downloading it from Here.I bet you will fall in love with Amazing Alex like Angry Birds.Don’t forget to share your views by commenting below.