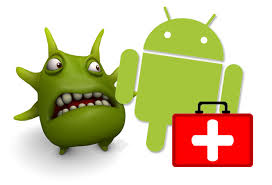 In an age when you get the things in an abundant way, then there is often the case that it gets hard to choose the most appropriate one. When it comes to one of the most important aspects of security, then you possibly cannot take any chance. Antivirus is one of them since it gives great reasons for your Android Mobiles to be safe and secure provided that you choose the best Antivirus. Therefore, I am writing the following article to help every one end their seemingly endless problems once and for all. Most importantly, now they can involve their mind in the constructive things without being concerned of potential threats etc.  Hence, read the following

You want your Android device to be totally free from all sorts of Adwares, spywares as well as Malwares. Isn’t it? Hence, how can you miss Kaspersky Mobile Security since it offers sure cut reason of providing 100% safety and security from such threats? In an age of security threats which are threatening every one, you need to be at your best towards securing your Android mobiles against spam and unwanted calls. The Antivirus will help you in safeguarding against all of these. Great, isn’t it?

The reliability of the Antivirus can be gauged from the fact that it has earned a name for itself and it has been awarded as well. Now, various concerns of yours in terms of Anti theft, call and sms filters along with browsing in safe and sound manner will be history. These features speak volumes about such an awesome antivirus.

Do you want to make the best use of Antivirus which does not consume your battery in any way? If yes, then this Antivirus is the best one. What more you want when the antivirus is also loaded with the feature of finding the stolen phone? It has immense utility in today’s age especially when our phone gets stolen. Apart from that, it equally has the backup of data etc. The utility of this anti virus can be gauged from the fact that it has already registered whopping 300,000 downloads uptill now. 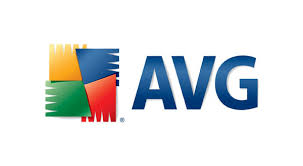 If you are looking for an Anti virus which has complete and updated features, then Avg Antivirus is the perfect testimony of the same. Antivirus offers real time scanner, backup assistant, malware protection etc. You do not want more than such awesome features. Isn’t it?

Don’t you make every single effort towards protecting your homes? Yes you do. Isn’t it? Therefore, why to compromise with the best since you do not want to face any issues later on. Eset Mobile Security will give a befitting reply to various threats and concerns of yours. It equally has a feature of Anti-theft which helps towards locating as well as blocking your phone in the event when you loose it.

Finally, aforesaid are the 5 best Antivirus for android Mobiles which will help you towards ensuring a life which is devoid of concerns, threats and problems. Great, isn’t it?