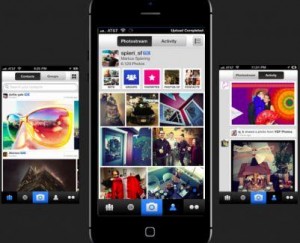 From quite a long time it is been experienced that most of the magazine applications are getting failed, The Daily being the latest addition to that list. These applications are built and run on a very huge cost, which means bigger loss to the shareholders. Actually, most of the organizations are not following simple rule of “start small” which means that even if your app is a failure, the loss will never bother you and it also gives a chance to know the reasons of failure and improvise your magazine apps according to that.

The biggest reason for the failure of magazine apps is its size, almost apps are over 100 MB and organizations should understand none of user would like to download 100 MB application. There are many magazine lovers, but very few of them will be having the patience of downloading the complete issue which will be around 600 MB to read it. Even if the whole issue is that big, technology should be used like user should be able to read the magazine while background downloading should be going on. Most of the documents are large just because it contains some flashy or moving contents, so avoiding those things will be best part.

The best example is Arment’s The Magazine, who have learnt from the failures of other magazine apps. In this app the issue will be very small and takes few moments to download. Usually while downloading bigger files there are more chances that your app gets crashed or due to some other issues the download stops, which again irritates the customer. There is no need of high resolution images or ads, just make it simple and small to get success.

Publishers need to rethink about their policies with respect to magazine apps, you just cannot insert all the contents of your printed version to apps as it will make it bigger file and will fail your magazine apps. When magazine app was launched, everybody was excited and now due to the negligence or lack of knowledge of the publishers the magazine apps are losing their charm.

Today the complete world has become digital, everything should happen just in a click of a mouse or a button. This is the main concept what publishers should keep in mind for their magazine apps, if they want it to be a success. Publishers need to think innovatively to save them. If publishers can’t make the size of their issues smaller, then change the cycle of release like instead of monthly release make it weekly. This way it will be easy for you to manage the contents and it will be easy for the reader to download and read.

The key for the success apart from the great content is the compatibility of the magazine apps with various tablets or smartphones or else publisher should develop app that is at least compatible with the tablet which is having highest share in the market in terms of users. Publishers need to think of their strategy more deeply. They can’t just launch magazine apps and think that it will be success. There are many things that contributes to the success. There are many magazine apps that are great success and other publishers should learn from that on how to make magazine apps.