This decade is marked by India’s resurgence – where technology is bridging the divides. Now, the rural, the urban, the elderly and the young Indian, all are looking to outdo each other. Also, there is far more corroboration and points of convergence than there was ever before. Stock markets are not aloof from it. And the journey of BSE Sensex from 6000 (in 2006) to 20,000+ today denotes that. 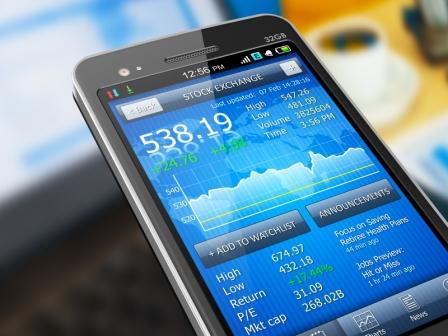 This period of last one decade has resulted in a three-fold growth of indices over the first 60 odd years. That is remarkable. Especially in this decade, things are moving quite swiftly than ever before. Things are more compact and easy than they were ever before.

According to the numbers disclosed by India Infoline, their app is used at over 1500 locations, which is a huge penetration by any yardstick. Add the fact that it is accessed in over 160 countries and it would indicate that this trend is catching up globally.

Now, Indian markets are huge – owing to the population and that’s the reason why companies are working overtime to compete. There are global players in this segment too, but owing to their less understanding about a normal Indian investor’s needs, they are finding it difficult to make significant inroads. Global players like Moneycontrol are lagging way behind apps like IIFL Markets because they’ve missed out on price alerts, trading and so on. And the Indian apps are capitalizing on the leads.

Earlier, there was a segmentation, and many companies were perplexed as whether they really should come up with a desktop software or not, but now, all this looks like a thing of past. And since mobile is the common medium, all of them are jumping into the arena in order to compete.

Companies are so confident that they are putting up a lot of resources and some are even putting in specialized teams on it. For instance, India Infoline has put up a specialized team for the research report and they are giving it out to all of their users for free of cost.

There are features like price triggers, instant mobile trading and complete access to financial information which is all available on the app.

There are many apps that are competing head to head to get the best of the financial markets. And some Indian apps like IIFL markets are clearly leading the fray.

Due to the cost and resources, even the urban users are chipping in and are taking advantage of the new technology. And apps like IIFL Markets are getting over 80% of positive reviews which is overwhelming in terms of overall support. With such a strong inclination and vindication by the numbers, one thing is clear – it is the apps where all the action is. And the trend is likely to continue. So if you are a seasoned investor or a complete newbie, it is the time for you to get into the world of financial markets through mobile apps.