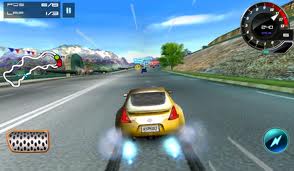 In this part, we will discuss about the various software’s or the various programming languages that we require to know, in order to make 3D games.

Let’s first begin with a brief introduction to 3D games. We all have played games, haven’t we? Nowadays we have games that have almost-real-to-life graphics. I hope you have played Crysis 2. That game has amazing graphics. All these games, games that are produced by big game studios (EA, EIDOS, UBISOFT, and MICROSOFT GAME STUDIOS) are programmed.

But you can also create games!

With the advent of modern software’s plus the accessibility of modern programming language, you can easily create 3D games to play on your latest android phones.

When you progress from 2D to 3D, you can see a drastic change in the level of complexity of the program plus new features (shaders etc.). A beginner can use software’s or development kits to create games, thus simplifying the process.

Software’s that are in demand are:-

1. Unreal Development Kit (UDK)
This kit made by the Epic Games is the most popular + the kit having huge toolset, can be used by you to make your next 3D games. If you not believe you should know that Arkham Asylum (Batman) and X-Men Origins: Wolverine was made using UDK. There are a lot of tutorials which can be found on YouTube.

2. Cry Engine 3
this development kit is made by German game developer, CryTek (which makes games for EA and has made Crysis, Crysis 2, Far Cry etc.) It comes free of cost plus you also get access to a network of people using CE3. The game Crysis 2 has been developed by CE3.

3. Unity3D
This game developing software is popular among indie game developers, who found it easy to use (It has in-built terrain painting tools plus pre-scripts).  If you know C#, Boo or JavaScript then you should use it to make your games.

So, now let’s talk about programming languages that you need to know:-

The “master of all programming languages”, it is used to make 2D as well as 3D games. It utilizes on graphics engines, sound engines etc. that can be downloaded from the Internet to make games. Some engines are:-

Microsoft’s language uses XNA framework (made by Microsoft itself) which can be used to make games for Windows, Windows Phone, and Zune etc. Alternatively, there is DARK GDK (Game Development Kit) which can be downloaded for free online (212 Mb file, to be guessed).

James Gosling’s language is now-a-days being used to make games. It is being accepted by game makers but not at a fast rate. JMonkeyEngine (a graphics engine for Java) can be used along-with Java.

Cry Engine 3 uses Lua, so to use CE3 to its fullest, optimum features you need to learn Lua. So, in this post we discussed various game-making software’s as well as game making languages. I also listed some examples which were worth mentioning. If you find any further scope of improvement in this article, you can post in the comments section below.