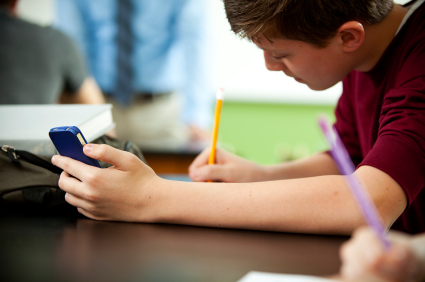 Recent research published by UCAS Media revealed that a massive 82 per cent of all those entering university or other further education own a smartphone. The results may not come as a surprise to many, as young people are amongst the biggest users of 3G and 4G phones in the UK, but it does represent an incredible 122 per cent increase since 2010.

The survey of students by UCAS Media, which describes itself as a specialist in marketing to students and creating effective student advertising campaigns, was undertaken amongst more than 11,000 new students or ‘freshers’. Of these, 9,000 said that they had a smartphone that was capable of browsing the web, accessing email, running apps and handling social media platforms. The survey also revealed that this particular group of people was 40 per cent more likely to own a smartphone than the UK population as a whole.

Commenting on the survey results was Keith Parkman, who is UCAS Media’s head of sales. He told thedrum.com:

“The large number of students who now consume content on smartphones and tablets means marketers are competing for their valuable time like never before.

“We know that content must be optimised for mobile, but because young people are connected 24 hours a day, the timing of messages is also important.

“Marketing professionals should picture students looking at text and images while travelling on the bus, rushing to a lecture, or out socialising. They don’t have much time to spend looking at adverts and the impact has to be immediate.”

The survey results came at the same time as research in the U.S, which revealed that smartphone usage among American teens has significantly increased. The study, conducted as part of the Pew Research Center’s Internet and American Life Project, revealed that around 37 per cent of US teens aged between 12 and 17 access the Internet via a smartphone. This percentage has risen sharply compared to a year ago, when it was just 23 per cent. The research also found that 78 per cent of American teens have a cell phone, with 47 per cent of those owning a smartphone, and that around three in four (74 per cent) access the internet via cell phones, tablets or other mobile devices on an occasional basis.

Researchers working on the Pew study have said that the figure for smartphones was significant, as teens often set the trends for Internet use for the rest of the population. The research will also be of considerable interest to smartphone manufacturers and marketers, who will be able to use the results to shape future Apple iPhone, Samsung Galaxy and Nokia Lumia deals, as well as marketing campaigns for other major handsets.