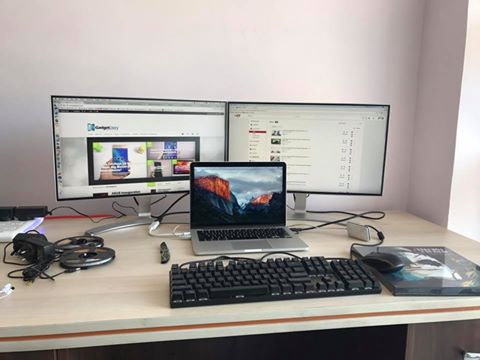 This perhaps one of the most common problems laptops face. The start button is pressed and the laptop will not turn on. Arguably one of the scariest problems. Fortunately, most of the time it is either a power cord or AC adapter failure of the DC jack on the computer itself is not working. A voltmeter can be used to see if the adapter is working. if it is then it is most likely the DC jack has failed. Both are easy and inexpensive to replace. Motherboard failure is the worst-case scenario for power failure. Another related issue is when the laptop is turned on it turns itself off and then back on. Again, this could be caused by power input or motherboard issues. If you have a power issue then you’re unlikely to resolve the problem yourself, it’s then when you should consider a laptop repair service in your local area.

Unwanted noise is bound to happen at some point in a laptops life. This is especially true as they get older. The two major sources of sound on a laptop are the cooling fan and hard drive. The next step would be to stat the laptop and remove the hard drive. If there are no sounds, then most likely it’s the hard drive. In that case, immediately back up all data and replace the hard drive.

The Dark Side Of The Screen

After the laptop turns on sometimes you may see that there is nothing to see. The screen will be completely blank. Techies call this issue a black screen. This type of problem can either be very easy or difficult to fix. The easy answer is to remove the memory or RAM sticks and re-insert them. Most laptops provide easy access to the memory modules. The RAM sticks should be in the back and a simple Philips screwdriver should be enough to open the lid. If the problem persists afterward then most likely it is a processor or motherboard problem.

The obvious difference between a laptop and a PC is its size. Laptops are designed to be compact for portability. Therefore, access to individual parts will be little tricky at times. Tools such as tweezers, flat blade, and Phillips screwdrivers should do the trick. Virus attacks are the most common cause for software issues. The thing to do is research the best anti-virus products and install it. Serious virus issues require manual removal of malware from the registry. There are plenty of resources available to accomplish that.