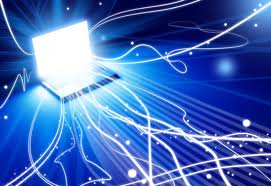 For residents of rural Indiana, Internet access for the longest time has been limited to two options; slow dial up connection or no Internet connection at all. Finding high speed internet services like cable Internet, although widely available in towns, is unavailable to people living in rural areas.

Why DSL and Cable Does Not Work In Rural Areas

The main reason for this is that rural areas do not have DSL and Cable Internet lines. Even when the lines are available, the service providers charge very high rates to use them for Internet connections. Another reason is that lines like DSL are negatively affected by long distances. This means that an Internet connection is much slower the farther the lines are from the service provider’s central hub. In addition, the distance between homes and buildings often do not permit accessibility to wireless Internet (WiFi) connections. This is because WiFi can only be accessed 300 feet from the closest wireless router.

Alternatives to DSL and Cable for People Living In Rural Indiana

The main disadvantage of satellite Internet is that it can be affected by bad weather like snow and rain. As long as these weather conditions are prevalent, they can disrupt the Internet connection. This is the same problem that occurs with satellite TV.

This kind of Internet connection option works through the cellular-phone tower networks in a specific area. A functional (data ready) mobile phone can be connected to a PC to act as a modem. This means that people in rural Indiana who have mobile phone plans with unlimited data transfers can use their phones as modems to access the Internet using their mobile phone’s network. By consulting with a mobile phone provider, people living in rural Indiana can set up specific data limits to allow Internet access. There are also third party or intermediary companies that provide electronic equipment for linking to cellular networks.

The disadvantage of cellular networks is that like the mobile phones themselves, their signals can sometimes drop. In addition, unlike with a satellite connection where there are no data overages, people using cellular Internet who exceed their mobile phone data plan risk being charged very high costs. Also, if the cell phone network reception is poor in a particular rural area, it will compromise the speed of an Internet connection.

Irrespective of their shortcoming, satellite and cellular Internet options provide faster Internet connections than the dialup option. Satellite is about ten to twenty times faster than dialup, while cellular can be two to four times faster, making them the better options for people living in rural areas.

Darren Newberg is a farm equipment salesman. He loves rural life, but also enjoys having the conveniences of the modern world. Click to visit IndianaInternetProviders.net.