For so long we’ve been hearing about the larger form factor Apple smartphones and finally it came down to earth. Apple unveiled two new smartphones of two sizes. One is 4.7-inches as rumored and the other one is whooping 6-inches. Apple named these devices iPhone 6 and iPhone 6 Plus. Many features were introduced both of these devices but the 6 Plus got a larger display, Optical Image Stabilization and larger in-built storage. But, let’s look at the near future of next flagship from Apple i.e. iPhone 7 as most of the fans’ expectations dropped a lot seeing the issues with iPhone 6 Plus’s bending problem. 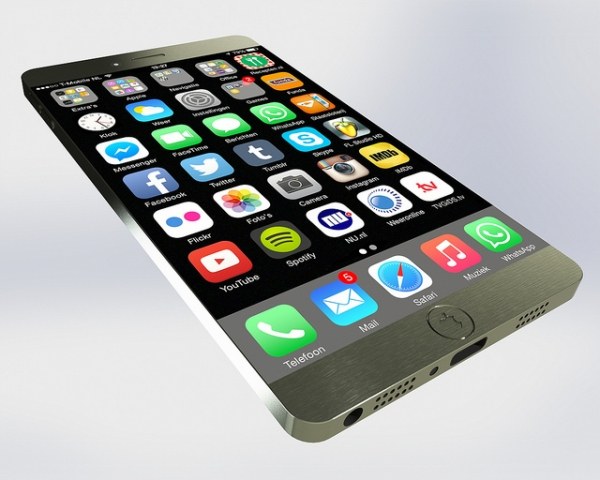 As Apple has stepped onto the platform of larger screen devices, they might not go back to the smaller screen segment. So, following this trend it’s evident to say that Apple will bring their next devices in similar fashion of large screens. Let’s see what the future of Apple smartphone is waiting to provide us.

Apple released their last segment of smartphones on September, so, we’re assuming September 2015 would be the best choice for Apple to bring on the new array of smartphones by setting the bars higher than now.

Apple has been pretty keen about their design venture in the smartphone industry. So, it goes without saying that Apple will put their best efforts in designing the next flagship with perfection. As per the recent faults causing the downfalls of iPhone 6 Plus, Apple might have to think it over whether or not they want to switch back to a bit thicker Aluminum chassis to support the frames.

On the display, Apple might introduce the Sapphire glass which has proven to be invulnerable to most number of falls and it’s non-scratch-able as well. We hope iPhone 7 might come with the gorgeous body which can be much easier to control one-handedly.

Apple has ignored this requirement but Sony, Samsung are providing these vulnerability check to improve their devices’ overall quality. We hope iPhone 7 will bring the IP certified Waterproof and Dustproof body.

For so long, Apple owners are thriving for user replaceable batteries without any hope, but this time things can get a little difference since the company is thinking over their concepts. If they start to take consumers’ priority, then removable battery and external storage might come in the top of the list.

There’s no doubt that Apple has introduced the finest 8MP camera that can compete with any other smartphone camera currently standing in the market. However, their front camera still lacks certain qualities that most manufacturers are already providing. In order to impress and attract the selfie-lovers, Apple should implement a powerful secondary camera for their next flagship iPhone 7.

Along with these changes, Apple should also provide more color options (like the way they did it with iPhone 5C). Plus, they should introduce us to the Wireless charging as the technology is already present. Keep with us to get the latest updates about Apple’s upcoming news.