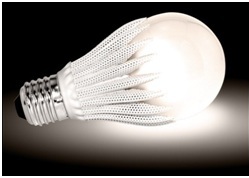 After a relatively slow start, the use of LED light bulbs is now increasing in the home, the office, the public place, the retail outlet, the place of entertainment… in fact everywhere. So why is that?  Here are five rock solid reasons why:

1. The LED, the Light Emitting Diode, was invented some time ago. A man names Losev published an article about the forerunner of LEDs in a Russian scientific journal in 1927! LEDs of some practical use were manufactured in the 1960s as red indicator lights on electrical appliances such as freezers and music amplifiers, but it wasn’t until the 1990s that LEDs suitable for lighting became available. They were mainly used in torches and cycle lights, but technology was advancing quickly. Finally in the last decade, LEDs for home and commercial premises became more generally available. However, the quality and brightness of these early LEDs was not great, and they were very expensive. And so we come to one of the main reasons why LEDs are now gaining acceptance and being seen as the lighting of choice for today and the future: Their quality has improved to the level where LEDs can compete favourably in terms of light quality, with almost any traditional type of lighting. Of equal importance, the price of LED bulbs has been reducing year-on-year and almost month-on-month as manufacturing processes become more efficient, and different companies compete for business. The initial cost of LED bulbs is thought to be the biggest hurdle to overcome when considering the change-over to LED lighting, and that hurdle is reducing in height all the time! 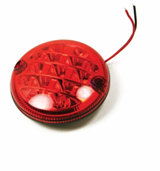 2. Secondly, independent tests are consistent in showing that LED light bulbs are more efficient than Compact Fluorescent Lighting (CFL bulbs) and streets ahead of old-fashioned incandescent bulbs.” They not only use less energy to produce light, but they last much longer than other types of bulbs. The savings in electricity bills that can be garnered through changing to LED lighting means that the initial high cost of LED bulbs can quickly be recouped. More and more people be they homeowners, business men and women, or in public service, are realising that it makes plain and simple economic sense to make the switch to LEDs. The penny is dropping- LEDs are a lighting investment that will pay dividends.

3. When they first came onto the market, the types of LED light bulbs were few- mainly direct beam spotlights, and they couldn’t be dimmed- they were either on or off. That is not the case now. Technology has moved forward in this area very quickly. LED bulbs can be dimmed and are available in various guises- strips, candle-bulbs, etc. In fact you can now find an LED replacement bulb for all the uses in your home and garden. You can browse some of the options you have at the Panasonic website: 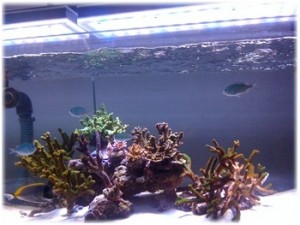 4. More and more people are conscious of the need to treat our planet and its resources with care and respect. Global warming and other unwanted effects from the burning of fossil fuels have meant that not only enlightened individuals, but now Governments and huge numbers of people want to make a difference. Buying and using LEDs in the home and office mean that we are being kinder to the environment by using less energy and therefore reducing the carbon footprint. 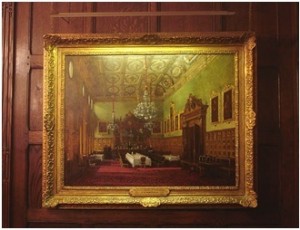 5. Finally, those people who require specialist lighting that doesn’t generate heat are realising that LED lights are the perfect answer. Because there are no moving parts, over 80% of the energy that goes in to an LED bulb is converted into light. They are therefore cool, and can be used in situations where no heat is essential- such as aquariums, illuminating paintings, and valuable exhibits where damage from light heat would be unacceptable.

In conclusion because LEDs are now better, more versatile and cheaper than they have ever been in the past, the LED revolution is actually happening here and now. It’s a bandwagon we all now want to jump on (if we haven’t already!)