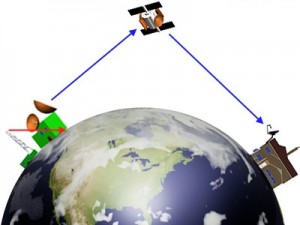 Most providers offer the satellite dish for free, only to charge subscribers for the installation. In most cases, the average cost of installation varies from $75 to $100. Installation fees can be waived or drastically reduced through discounts and promotional events.

Another essential piece of equipment you’ll need for satellite TV is the receiver. This device takes the scrambled signal that is beamed down to the satellite dish, converts it into a usable signal and feeds it to the television. The average satellite receiver looks very much like your average cable television receiver, except it is designed to deal with satellite signals. There are three types of satellite receivers currently available:

Basic satellite receivers deliver basic programming packages without any additional features. When you purchase a basic satellite package, chances are this is the type receiver you will receive. Most subscribers can expect to pay no more than $50 for a typical basic receiver.

Digital Video Recording receivers combine the functionality of a video recording device in a satellite receiver, allowing you to record several hours of programming for later viewing. Many DVRs allow you to fast-forward through commercials or pause live broadcasts. Prices can vary for a DVR – for instance, DirecTV charges $199 for its DVR.

3. Your Own HD Television

Of course, no satellite television service is complete without a television. It’s more than likely you already have a TV that’s ready to receive satellite TV service. However, the type of TV you own can have a tremendous impact on how you’ll enjoy your satellite TV service. For example, it’s a common misperception that just having an HDTV allows you to receive HD-quality pictures. On the contrary, you need to have an HD receiver in addition to an HDTV to experience high definition broadcasting. The average cost of an HDTV can vary depending on the brand name, its features and screen size.

Having all of the right equipment can make your satellite TV experience a joy to behold. Sources like CableTVAdvisor offer additional information for those who might have a few lingering questions about what they’ll need to have their satellite service up and running.

Eric Halberg is a keen blogger who has had satellite TV for a few years now. He enjoys writing about his favorite TV shows and informing people about satellite TV services.