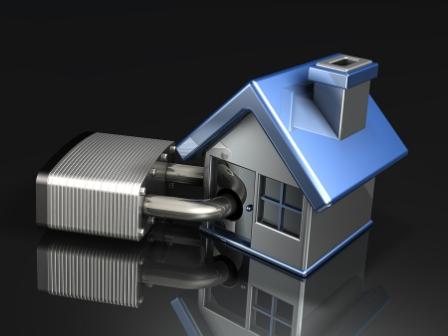 One of the unexpected benefits of owning a smartphone or a tablet is that you can look after your home or business no matter where you are. The variety of security apps around just now makes it easy to look after your property using your technology. However, if you think that they are all the same then it is time to check some out in detail, as there are various different ways in which you can use one to increase the security of your home or business.

With this security app your computer’s webcam becomes a video surveillance system. This security app works by taking a photo whenever motion is detected within its range of vision. Sadly, last time we check, iSentry only works on iOS devices although it is free. In fact, there are a lot of similar security apps around and most of them are free, so if you aren’t convinced by this one for any reason then you could try a different one to see if it feels any better to you.

If you have a burglar alarm protecting your premises then you can now use your mobile device to help you monitor when the property is empty. The ADT home security app is one of the best around and it is free, as well as being available for both Android and iOS systems. Apart from checking out the alarm system, it will also let you do other useful stuff, like control the lighting and heating when you are out.

This home security app is quite similar to the first one we looked at (iSentry) but it has some extra features which might make you think that it is worth spending a few pounds on. It is designed to protect Mac computers and will start to record a video whenever movement is detected. The app will then automatically send you an email with the details of what has happened. The fact that it has more features than most apps of this type, as well as can monitor various cameras at the same time means that it could be ideal for business owners. We haven’t actually found the equivalent of this on Android but are pretty convinced the developer will build one for Android user pretty soon.

This is really more of a personal security app than the others but there are some clear advantages to having it handy if you are home or in your place of work when an intruder breaks in. This security app works by letting you quickly contact the emergency services whenever you are in danger. A message gets sent to the contacts you have pre-chosen, with your GPS position on it, and a high volume alarm gets set off as well. The Stay Safe app is a similar one, although Rescue has slightly more features to it.

As we mentioned earlier, there are a good number of security apps around which use your webcam to monitor for intruders. However, SecureHome works slightly differently. It used the built in microphone on your PC to listen out for any suspicious noises in the house. Whenever it hears what appears to be an intruder it will sound an alarm and will also send you a message to your phone. It works on iPhones and at the time of writing is on special offer a little over a pound.

An awesome article is provided by Hammad Baig, He is a Blogger & Online marketer and Gadgets lover. He loves to write about blogging, technology and gadgets reviews.