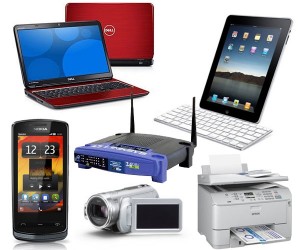 Late night television has been a staple of television for several decades now. It is a great way for adults to unwind after a long day’s work, watching entertaining programs which include mostly variety shows. As popular as the shows, if not more, are the advertisements for different gadgets that are exclusive to late night TV. In fact, you would have a hard time catching any of those ads during the daytime. One name which comes to mind when talking about late night television and gadgets: Ron Popeil.
Since the late 1970s, Popeil had been a staple of late night TV with the ads for different gadgets made by his company Ronco being aired. He even starred in almost all the ads. While the ads didn’t offer you subscription to a good quality cable provider, they included a number of great gadgets. Here are ten awesome gadgets only available from late night television.
1. Inside the Shell Egg Scrambler
If you had to make a list of the most difficult things you have to do around the house, making perfect scrambled eggs would be one of them. However, you don’t need to worry as spending a few bucks could get you the Inside the Shell Egg Scrambler. As the name clearly shows, you can scramble the egg inside the shell itself. Full marks for convenience!
2. Chop O Matic
The Chop O Matic is simple but highly effective. It is a food chopper with high quality blades. You don’t have to risk getting injured as all you have to do is tap the handle at the top of the chopper. As long as you keep tapping it, the blades will spin.
3. Veg O Matic
The Veg O Matic is quite similar to the Chop O Matic. The only difference between the gadgets is that this one cuts and slices vegetables instead of chopping them. Once again, all you need to do is press down on the machine.
4. Dial O Matic
The Dial O Matic is a spruced up version of the Veg O Matic. With different settings available to you, you can select how thick or thin you want the slices of fruits and vegetables to be. It is also safe to use, keeping in line with other Ronco products.
5. Pasta Maker
With different customization options available, Popeil’s Pasta Maker is the best selling pasta making gadget in the world. Complete with a manual to help you use it, the gadget makes making pasta easy for you.
6. Mr. Microphone
A gadget aimed squarely at kids (wonder why they showed the ads during late night TV), Mr. Microphone allows anyone to host a radio show. It has a mic and a PA system you can carry with you at all times, conducting interviews along the way.
7. Smokeless Ashtray
A work of genius, the smokeless ashtray pulls in and cleans the air of smoke when you light up a cigarette in a limited space. This makes it possible for you to smoke in cars or other closed environments without disturbing the people around you.
8. Auto Cup
A cup designed especially to carry beverages with you on your travels, the Auto Cup holds the drink which you can retrieve by pulling a lever. Once you are done filling your cup, just let go of the lever. No chance for spills!
9. Vacuum Razor
Have you ever used a vacuum cleaner to cut your hair? That is exactly what Flowbee’s vacuum razor offers you. All you need to do is place the cup on your head and the gadget will suck your hair in. It is the easiest option to cut your hair if you want to go DIY on going bald.
10.Rotisserie
At the time it was first shown on late night TV, Ronco’s Rotisserie was available for only $20. The price has increased but the gadget still cooks poultry better than most machines available in the market today.