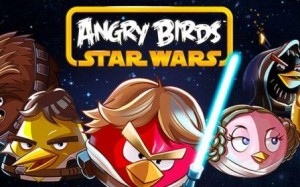 The all new Angry Birds Star Wars game is based on the characters, reference and influences from the popular Star Wars movies that have been a global blockbuster hit. In this game rebel alliance of Angry Birds fight against the empire of Bad Piggies. The rebel alliance has original Star Wars characters – Han Solo, Luke Skywalker, Leia and Obeone Kenobi and on the Empire team, there is Darth Vader, along with his followers.

“It’s a banner day for us,” says Peter Vesterbacka, CMO of Rovio Entertainment. “This is our best Angry Birds game yet…. But it’s more than just a game launch: we think fans are going to just love the new animated trailer and the Angry Birds Star Wars products, sure to be a big hit this holiday season.” 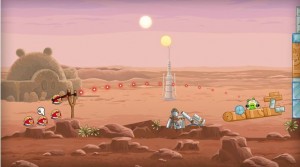 Angry Birds Star Wars features more than 80 levels Rovio promises free updates that will make this new game compelling even after you blaze through those.

Angry Birds Star Wars is the fifth installment of the series, developed by Rovio, and is preceded by  Angry Birds Space,  Angry Birds Seasons, Angry Bird Rio  and Angry Birds. The game is available on both the Android as well as Apple app Store. The Price of the game range from free to $4.99.