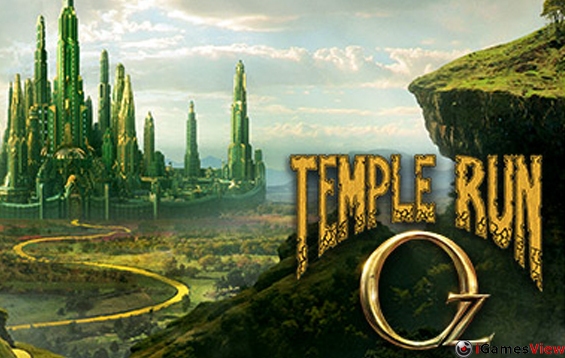 As this gaming application revolves around a Disney movie OZ. you will find some great gameplay with some great graphics which assures you of giving a great gaming experience. You will feel like you are a wizard and you are running from bats and witches for survival. The gameplay also consists of a hot air balloon which is a new featured gameplay added to this gaming application. You can move around bushes and running though different routes and collecting coins. I would say that this is the best temple run I have ever played.

When we talk about the graphics I have only one word to describe it i.e. awesome. I have never seen this kind of detailing in any of the gaming application present in android market. However graphics vary from device to device. Furthermore the detailing of the game is awesome. The physics are great you will really feel a reality while playing this gaming application. Temple run is one of the greatest games you will find on android but when you will play this one you will say that it’s better than temple run and temple run 2. I would suggest you to buy this application.

So, these were some of the important points on temple OZ. as I mentioned above that this gaming application is available at just a dollar and RS53.18 in INR. And for talking extra coins if you want to buy them then you can easily see the respective price for the package and buy online. You can directly buy it from the app itself. And I assure you that this is the best gaming application which you can play on your android device. And you won’t find this application with other temple run series you have to find it separately by writing temple run OZ on Google play store. enjoy.