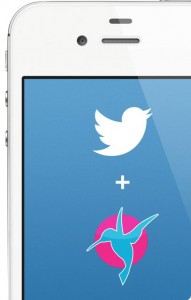 Social networking sites Twitter acquires Cabana, a mobile app development start-up. Terms of the deal were not disclosed till now, but Cabana has announced it on their blog and Twitter has confirmed it via tweet.

Here is what the Cabana team had to say about the acquisition in a blog post:

We built Cabana because we are passionate about empowering people to develop interactive content in new and innovative ways. That same passion for innovation and the democratization of content creation is also shared by the amazing team at Twitter.

Over the past few months, we’ve gotten to know the Twitter team and discovered the tremendous amount of technological synergy and alignment of our visions. The more we explored this synergy, the more excited we became about joining forces and working together.

Starting today we will be joining Twitter’s platform team, and will build tools to help third-party developers create new experiences on Twitter and empower the larger Twitter ecosystem.

Twitter also confirmed the acquisition through a statement — “Reeve Thompson, Jeremy Gordon and their team have created a product that makes it easier for people to build rich mobile apps. At Twitter, they will join our platform team and build tools to help third-party developers create new experiences on Twitter.”

In last few months Twitter has made several acquisitions. Some of them are AdGrok,  security company Dasient, Blogging company Posterous and many more. Cabana announced that their stand alone mobile app will be shut down on December 1st, 2012.