As a general rule, people tend to appreciate the idea of having more stuff. But especially concerning this generation of people, the stuff concept has gone too far. And people want to minimize. And now, there is a lot of technology that works not just on the level of personal minimization, but also commercial and industrial minimization as well. 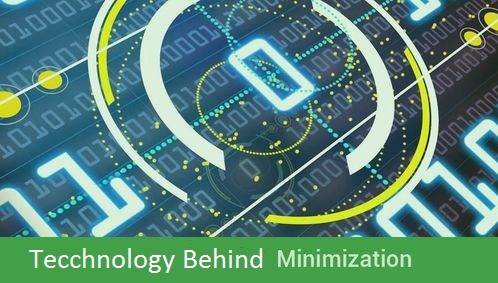 Consider the topics of waste minimization, decluttering habits, computer processing power, and big data. All four of these categories involve technology that allows the idea of smaller to prevail. Go through each one, and think about how you could add impact to your life as well by getting rid of unnecessary aspects of something.

On an industrial level, there are ways to minimize commercial waste. Because so many things are being produced during heavy industrial processes, there’s often not a particularly efficient way to handle waste management. But, utilizing the idea of waste minimization, company managers and engineers have found ways to break things down into parts, thereby creating an opportunity to recycle or reuse, which then leads directly to less waste. Ideally, there would be no unused resources within any industrial project, though that is definitely something that is difficult to obtain.

On a personal level, have you tried decluttering your life? If not, now may be the time to approach minimization, and now maybe the time to use technology to help you out. On an elementary level, you can download meditation apps that will guide you through head clearing processes. Once your mind is clear, you can then begin to determine what things you actually need in your life. You may be surprised by the answers! There aren’t that many things in life that make people truly happy, and everything that doesn’t fit in that category can probably be moved into the possession of someone else for greater viability as an object.

As processing power increases and size decreases, this is a form of industrial minimization as well. If computers are smaller and faster, there is less produced waste, and there is less bulk of the material in use. Eventually, scientists and engineers are going to get down to the atomic level, and that is definitely when technology has the potential to become a singularity.

Even though you wouldn’t think of something that is big to be behind minimization, that is exactly the case when it comes to big data. The more data that gets collected and analyzed, the better that people can figure out how to trim the fat. They can trim processes they don’t need. They can trim products that aren’t being used. Big data allows us to see broad trends in capability and engagement, which then leads us to disregard and eventually get rid of everything else.