Since every one of us is aware about the charismatic successor of Windows 7 i.e. Windows 8 which has already attracted millions of users around the world. The most prominent reason behind the success of Windows 8 is its excellent User Interface. If we compare the UI of Windows 8 and its predecessor, we find complete contrast among both the Operating systems. Windows 7 features classic old-fashioned UI while Windows 8 features an attractive Metro UI which enriches the experience of both desktop and tablet users. Additionally, Metro Style User Interface also comes with Metro Apps which are exciting, insightful and improve user experience.

Metro Apps entered into the market as Windows 8 Developer Preview launched but as soon as Consumer preview of Windows 8 launched, it initiated development of lots of Metro Apps and till today’s date, we have lot of those Metro Apps available like Multimedia 8, Free Books, Chat Mail, etc. By default, Windows 8 comes along with Music, Messaging, Calendar and several other types of apps. Well, the problem is that each time we need to access these Metro Apps, we need to switch to Metro Wall which is pretty counterproductive to repeatedly keep switching between the Metro UI screen and desktop in order to access the Metro Apps.

How to Create Metro Apps Shortcut in Windows 8? 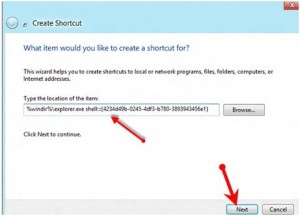 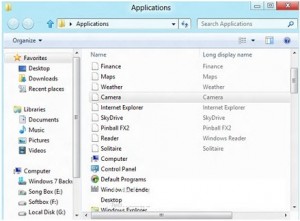 So, that’s it! You now have a Metro Apps shortcut right on your Desktop enabling you to access Windows 8 metro-style apps from your desktop.

PrIyAnGsHu is a blogger, internet marketer and a web entrepreneur from India. He generally writes about gadgets and software on his technology blog and also covers android tutorials on knowtechbetter.com.