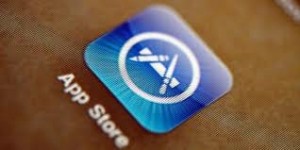 If you love Apple gadgets then you might have explored its facts and figure. Apple devices need to have a unique id for the device which can help you to synchronize your iDevices and a lot more benefits like cloud storage and all. You must be having a unique Apple Store id to download an app or to install a new game in to your iDevice. Check out below how to change your Apple Store Id to a different country.

Transfer your Id to another country:

What should be the reason of changing the Apple Store id? Many of you might have the same question. And the answer would be like Apple launches many apps in the app store for various countries only. So, people who owned iDevices might want to install or purchase those apps which are yet not launched in their country. This is the only reason why most of the iOwners want to change their Apple Store Id and it seems all legit here.

When you logged in on App Store with your country id and try to download an app from it, there would be a pop up message appears “this app isn’t available for your region”, this is the reason. If an app is yet not launched in your country you would see this message while downloading it. It makes an Apple user to change his id to a different country. There are many countries who own such Apple store id which are also compatible with iTunes. Like United States, United Kingdom, German and many more.

You need to unlock your iDevice first. After that go to settings menu on your iPhone, iPod touch or iPad. Top on Appstore or Store or iTunes & App Store.

After tapping on that you would see many options with your earlier Apple id. You would see your apple id name with options like view Apple id, Sign Out, iForget, cancel. Among them all you need to tap on View Apple Id.

There would be another screen appear there saying your Apple id and country or religion with your country symbol. Tap on to County/ Religion.

There you are! After tapping on to Change country or Religion you would see a store list of many other regions. Simply choose your compatible Country and tap on to that. Simple!

This is what you needed! The next screen would be saying like change the payment method option and changing your address and so on. If you do not want to mess up with such things, just tap on to “Cancel” button and you’re done!

So folks, this was the simple process to change your Apple store Id to a different region or country. If you have any questions related to this make sure to discuss that question with us.