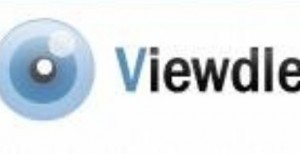 There is a rumor that is acquiring a new Ukrainian facial recognition startup Viewdle. This new facial  recognition technology can automatically tags photos, according to a person familiar with the deal. According to Forbes Google paid around $30 million to make this deal.

Viewdle was founded in the Ukraine in 2006 and is currently headquartered in Silicon Valley with operations across South America and Europe, including, of course, its birth place Ukraine. Later the company raised through an Angel investor from $250,000 to $500,000.

The company has several Android apps such as SocialCamera and games like Third Eye, and also has several facial recognition patents that Google is likely to be interested in. Viewdle’s SocialCamera app can automatically tags Facebook friends. There is also another news that the company is testing an iOS version of its Face Recognition SDK.

We have also heard that this is the second time Viewdle is in acquisition talks with Google. First they talked in 2008. In 2011, Motorola was also interested in acquiring the company, but the acquisition fell through after Google acquired Motorola.