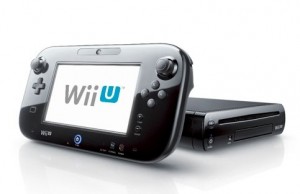 Nintendo Wii U was released approximately after one year of its official news release. This time the company has completely focused on the console and the whole gaming features are controlled by the tablet screen provided as a controller. It comes with loaded fascinating games and the competition in this sector is very huge as apart from other console share holders there are other players also like iPad, smartphones and Tablets. It is very difficult for Wii U to get a legitimate place unless and until they excel in every part of their product.

There no doubt about the competition as many big players are eyeing this blooming vertical from quite a long time. This vertical has got amazingly advanced with many organizations doing research in order to bring the best experience for the users. However, the features of Wii U seems to become popular among its user and the most popular service is free application using which it can be connected to TV or other streaming devices. This means that up to a distance of 25 feet you will be able to play your games in TV.

The size of the game pad is smaller in size, but it is very fun to use the GamePad and the features are really appealing. The battery life of the GamePad is not that high, it will be drained in 4 hours and that is less considering that once we start playing games, 4 hours are very less to stop or else you need to always connect the GamePad to the charger and then play. There are some backward compatibility issues, but there are some solutions provided for this also in the update.

For the first time in the history Nintendo is offering a platform where five people can play at a time. Even the unique feature of two-screen gaming experience on the tablet GamePad is really pleasure. The internal storage of the device is not so good, if you are planning to download more games. The graphics of Wii U is excellent and the effects are really good to be experienced. There are some games that you will not feel very comfortable to play for the first time. The GamePad and the features are really good, but the gaming platform lacks the appealing software. The best part of this console is that it is much smaller than other consoles present in the market and this is the first time Nintendo offering complete HD system. The system has memory card slot in case you want to increase the storage capacity of the system.

The touch screen of the GamePad is not capacitive screen, which means that you need to put more pressure on the screen to make it work like you want, not like latest smart phones where feather touch is enough to run the operations smoothly. The GamePad is certainly not for small kids as it requires more space to be set up.

Wii U includes the IBM processor and GPU from AMD. The system supports Wi-Fi Protocols and ahs 4 USB ports hat can be used as Ethernet adapter. Wii U has disc reader, but you cannot read any DVDs, it is for the slot loading of the game. The user interface of the console is very good and it has very well placed icons for Apps and games.