One of the most infamous moments in the history of mobile devices took place in 2016 when electronics giant Samsung issued a drastic recall notice for the vaunted Galaxy Note 7 smartphone due to its propensity to overheat, ignite and explode. 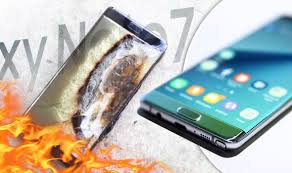 The Note 7 was supposed to be a flagship device for Samsung, which means that the Korean company was hoping to capture significant market share from Apple and its successful iPhone. Unfortunately, the Note 7 turned out to be a device with a tendency to burst into flames without warning. This an extremely dangerous situation for smartphone users; a few explosions were reported but thankfully no injuries.

The problem with the Note 7 emanates from overheating batteries, and it is not the first time this happens. In 2014, a laptop battery exploded while recharging at a home in Pennsylvania, igniting a fire that cause $55,000 in damages. In 2006, tech giant Sony recalled millions of batteries found in Apple and Dell laptops; the problem was traced to overheating coils warming the lithium, which is a flammable element.

In the United Kingdom, lithium-ion batteries have been a concern for the Civil Aviation Authority, which has warned against purchasing cheap batteries from dubious online stores that can pose a danger of exploding on passenger flights. This announcement came after a report of an iPod Nano catching fire to the trousers of an American man on holiday at the Atlanta airport.

British computer repair experts recommend to monitoring the temperature of mobile devices such as smartphones and tablets. The batteries should never get as hot as to burn the skin. Technicians routinely scan the technical bulletins issued by manufacturers with regard to how these devices should be safely handled. See more on handhold device repairs and recovery.

In late October, Samsung officially announced an exchange programme for UK owners of the Note 7. A software update now limits the battery charging levels to 60 per cent, and customers can get in touch directly with Samsung or with the shops where they got their smartphones fund for a full refund or a replacement with a Galaxy S7 Edge plus the price difference.

If the Note 7 must be shipped as a parcel, Samsung is providing customers with fireproof boxes approved by the Royal Mail. Note 7 owners should back up their smartphone data by means of the Smart Switch feature, which allows transferring information to an SD card or to another device via Wi-Fi.