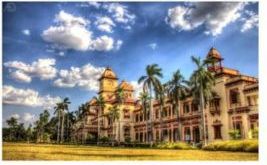 Currently IIT Varanasi (BHU) has 17 academic units including 10 Engineering Departments, 3 Interdisciplinary Schools, 3 Science Departments and 1 Humanities & Social Sciences Section. it offers both undergraduate and postgraduate courses. To get admission into a undergraduate course one has to go through two tier test called JEE(MAIN) and JEE(Advanced). IIT Varanasi (BHU) cutoff marks changes every year based on many factors like number of  applicants, exam difficulty and many more. On the other hand one have to clear GPAT/GAT(Graduate Aptitude Test) to get admission into postgraduate courses.

About The Campus Of IIT Varanasi (BHU) 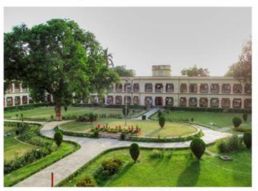 IIT (BHU), Varanasi has two campuses, one is residential campus and the other one is co-educational campus. The first one is spread over 400 acres of land and the second one which is quite bigger spread over nearly 1,300 acres on the banks of the River Ganges. The leading engineering institute has 17 hostels with state of the art facilities, out of them 12 for boys, 4 for girls and 1 for married couples. Students who get admission into IIT Varanasi (BHU) enjoys a very vibrant campus life. The institute also organizes several national level events like TECHNEX (Technical Festival), KASHI-YATRA (Cultural Festival), SPARDHA (Sports Festival) etc every year.

One can reach IIT BHU easily by air, train, bus or using a private cab. The nearest airport is Lal Bahadur Shastri Airport, Babatpur, which is just 35 KM away from the institute. And the nearest railway station is Varanasi Cantt. Round the clock taxi/bus services are available from both airport and railway station.

To get admission into any of the B.Tech courses of IIT BHU, one has to clear JEE(Advanced) test and must be under top 20 percentile of the respective categories. Along with that the candidate have to score minimum 75% on his/her +2 exam.

IIT (BHU), Varanasi is ranked 14 in National Institutional Ranking Framework published by Ministry of Human Resource Development in April 2016. Not only that, in 2015 India Today also ranked the institute 6th among top engineering institutes in India.

India’s leading and one of the most trusted education portal Collegedunia.com has shared all the crucial information regarding IIT(BHU) Varanasi. If you want to know more about the institute we suggest you to visit their website. The website has every single detail of any colleges, institutions and Universities in India.