Sports, professionally and otherwise, play a major role in popular American culture. The activities we take part in, the clothes we wear, the music we listen to, and many other aspects of our lives can be influenced by the athletes we see playing these sports. 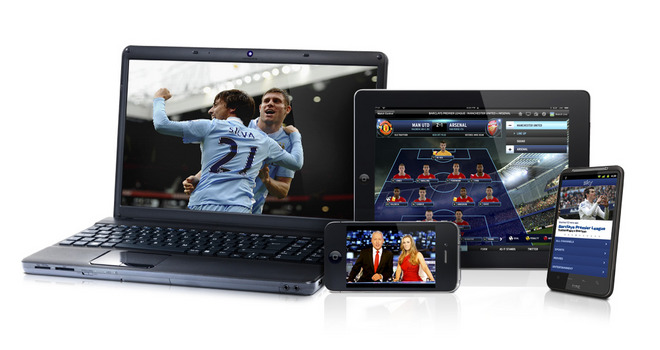 Traditionally, sports news was obtained via the radio, or television. However our insatiable appetite for sports and sports coverage demands that there be more ways to access news about our favorite sports, leagues, teams, and athletes. New technologies have inevitably picked up that slack, giving sports fans more options than ever to stay updated.

The fast pace of the modern world, and a 24- hour news cycle means that there is too much information out there to just be covered by a few stations. Technology related to television, mobile applications, and video games feed right into this free flow of information that has come to characterize our world.

Digital and satellite television technologies offer far more options than your grandfather’s television service. Not only are there more options to choose from for sports channels, there is also more variety in specialized programming that covers one sport, or even just one league.

While receiving sports content through television may seem a little outdated, technology has made it one of the most effective ways to watch all sorts of sporting events, and stay updated on the latest news.

An unlimited number of mobile apps also make it incredibly easy to receive the sports news that we crave so badly. Many of the stations that exclusively carry  sports content, also have their own mobile apps that allow users to designate their favorite sports, leagues, teams, and athletes to deliver news that is more accurate to what a specific person wants to see.

Additionally, Apps offered by the television providers themselves provide even more content to delve into. For example, NFL Sunday Ticket allows users to watch all NFL games, and the mobile app that goes with it allows for fans to see any game from anywhere on their smartphone or tablet.

Sports apps are constantly being updated with breaking news and stories to ensure that fans are always getting the content they need to stay as updated as possible on their favorite sports.

When asked how they stay updated on sports, most fans would say television, or mobile apps, or even still the radio. Many however, would not point to video games as the top way they update themselves. However for those that play sports video games, this can be an indirect way of staying updated on their favorite sports

Video gaming consoles have gotten to the point where they won’t even function correctly without being connected to the internet. This internet connection means that changes can be made to the games in real time. For example, when an athlete goes down with an injury, the game adjusts itself and makes that player unavailable to play with.

Furthermore, many games include features where you can get live scoring updates on the games that are actually happening, as you are playing the video game. Finally, the games only last for a calendar year. When the new version of a game comes out, the rosters, rules, and other aspects are all updated to reflect the most real gaming experience possible.

Professional sports in this country are billion dollar industries. With as much money and interest as they create, fans need all possible options to get as much information as possible; and they need to have mobile options as well. The technology that has influenced the way we view and share information gives us more options than ever thought possible. With neither technology nor sports expected to experience major drops in popularity, the two will continue to feed off each other into the future.