HomePod Mini, a new smart speaker from Apple launched in India at its ‘Hi, Speed’ event on Tuesday. The first version of HomPod was introduced in late 2017. And the all new HomePod is half the size of the original HomePod. Though the device comes with the same old design, a new light emitting touch panel on top gives it a new touch. 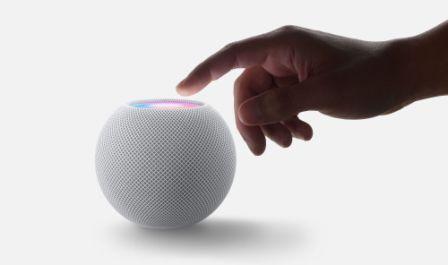 The price of the HomePod Mini in India has been set at Rs. 9,900, while in the US, it is priced at $99 (roughly Rs. 7,300). The price is twice as compared to Echo Dot or Google Nest Mini. The HomePod Mini will be available in two color options – White and Space Grey.

Do you want to buy the all new HomePod Mini? The sale is yet to start. It can be pre-ordered starting November 6 in India and multiple other countries including the USA, Canada, France, and Germany. 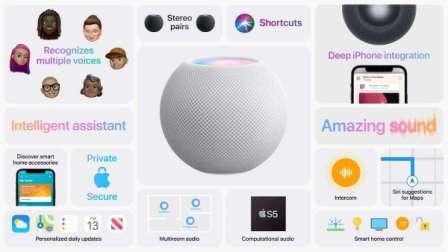 The HomePod mini is powered by the same Apple S5 processor, which is also found in the Apple Watch Series 5. The device comes with
some interesting featutes like Ultra WideBand (UWB) allow it to track other Apple devices with the U1 chip and use the information for media controls, door locks, and interaction with other smart home devices. It can also alert you when a device has been taken from your home.

A new feature called Intercom allows HomePod users to send messages from one unit to another within a house. And the best thing is that it works with almost all Apple devices including an iPhone, iPad, Apple Watch, and even car with CarPlay.

Being a smart speaker, it comes with Siri and you can ask the voice assistant to play music from multiple music streaming apps. The the HomePod mini is equipped with two tweeters, quite a lot less than the seven in the bigger HomePod.