The biggest news for the GTA fanatics: the GTA development stage has begun and the maps for GTA 6 have already been completed. GTA 6 will be a different ballgame altogether. Compared to GTA 6, GTA V may seem like a child’s play since GTA 6 brings a wide choice of ammos, weapons and cars for the characters. And as far as characters are concerned, the inclusion of female characters has created waves of controversy amidst the GTA patrons and feminists who follow the games closely. 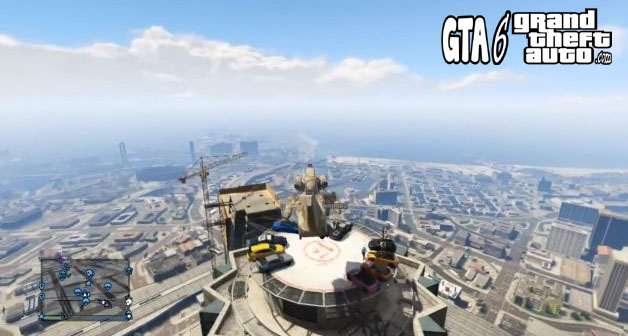 The advanced gameplay allows the players’ characters to enter buildings, interact with surrounding elements and even watch the construction of buildings which were earlier demolished in the game. The main aim of the Rockstar studios is to create a complete alternate universe for the players. In addition to there have been rumors in certain quarters that GTA 6 will come with Virtual Reality support. This is further supported by the rumors of Sony coming up with PlayStation 4.5 which promises to deliver enhanced VR functionality.

No Tokyo, But Definitely a Vice City

Although the completion of the maps confirms that Rockstar has chucked the idea of foreign locations including London and Tokyo. The needle points towards a pseudo-Vice City. But most of the veterans are not disappointed as GTA 6 is said to represent the 70s era of a pseudo-Las Vegas city with its spoils and interesting bunch of characters romping on the roads in the classic Shelby’s and Chevys from the 50s and the 60s. the GTA 6 is set to come with a lot more car choices than GTA V and indeed a bigger map with many added missions.

A Touch Of Hollywood To GTA

Another great news for GTA fans. The recent rumors speak of Shatta Wale links which brings forth an interesting collection of music to choose from. Till now the track KAKAI has been confirmed as one of the many tracks which will appear in this version of Grand Theft Auto. In addition to the upbeat music, Rockstar has mentioned the inclusion of several famous voices to the game. this is quite a step for Rockstar since they have constantly averted the use of famous faces and voices after the Ray Liotta debacle. And if the next piece of news doesn’t get you off your rocker nothing else will; it has been confirmed that Eva Mendez is lending her voice to GTA 6 and she is stringing along her longtime beau Ryan Gosling to the gameplay as well.

Should You Start Saving Yet?

Now all you need to do is count the days. Rockstar is actually trying to pull off a Sisyphean task with the new GTA title while cramming bigger maps, new ammos, new vehicles, new interactive sceneries and characters. Also the game is expected to be VR compatible. Sony and Xbox aren’t coming out with PS 5 and Xbox 2 before 2017. Hence you can safely assume that you have till the last quarter of 2018 to save up for buying the first copy of the original Grand Theft Auto 6. SIMS 5 will give a tough competition.