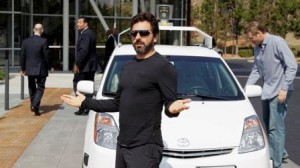 It has been in news for last few years that Google has been developing a driverless car. Sergey Brin, co-founder of Google Inc, made an announcement yesterday at the company headquarters in California that driverless cars driven by their technology will be on the streets by 2015.

The governor of California, Jerry Brown also met Mr. Brin in an event recently to signed an important bill. The event was closed to the public. But the news is that if everything goes well, people can see driverless cars on roads by 2015.This car will be a good option for the “blind people,” the “elderly” and those who are “too intoxicated.”

“This is the essence of Google,” Brown told the audience. “Being able to imagine what isn’t, and bring it into reality.”

The driverless cars are powered and controlled by using a combination of sensors, on-board computing power and location tracking to drive the vehicle safely. Google also said that it has logged more than 300,000 miles in its cars without an accident – although one vehicles was involved in a minor crash in summer 2011. The company said it was being driven manually at the time.

According Google, the vehicles will be commercially available within the decae. Google co-founder Sergey Brin added, self-driving cars would be “far safer” than those driven by humans.