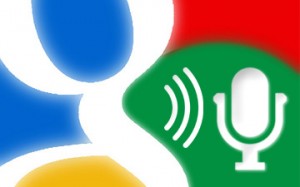 Google launched its voice search service in 2011 for the first time for both desktop and mobile platforms.Since then, the company has aggressively expanded the language support and added new languages regularly.

“Each new language usually requires that we initially collect hundreds of thousands of utterances from volunteers and, although we’ve been working on speech recognition for several years, adding these new languages led our engineers and scientists to tackle some unique challenges. While languages like Romanian follow predictable pronunciation rules, others, like Swedish, required that we recruit native speakers to provide us with the pronunciations for thousands of words. Our scientists then built a machine learning system based on that data to predict how all other Swedish words would be pronounced,” Google writes in a blog post.

The update is rolling out now and will continue to be done over the course of the next week.You can install the Voice Search app from Google Play and you can only speak one language into the app at a time, remember that.Still there are some glaring gaps in the service’s coverage campaign as it still don’t support languages like Hindi till now, which is spoken by around 600 million people around the globe. We hope Google will add this language to its Voice Search service very soon.