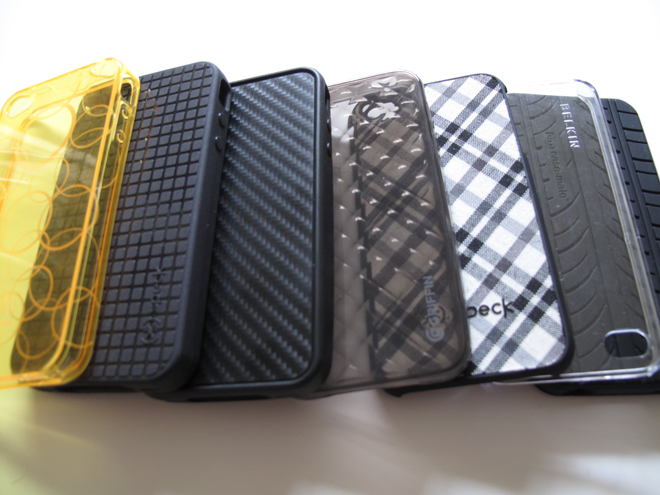 To be honest most of us do not treat our electronic devices like the sensitive pieces of advanced technology that they are. We shove them in our pockets with keys and loose change. We toss them into Purses when they get jostled around amongst a plethora of daily items, some hard, some sharp and some filled with any number of liquids. We toss them on night stands, drop them on sidewalks and leave them in steamy bathrooms so we can listen to music while we shower.

Nowadays Smartphone carriers are practically giving away the latest and the greatest in mobile technology with nothing more than a signature. We’re only few Steps away from opening a box of SugarOhs and a Samsung Galaxy falling out. So it stands to reason that it would be easy to take these tiny marvels for granted. However, anyone that has ever had to replace one can tell you, it’s a completely different story when they’re new at full price.

Smartphone carrier, often do provide insurance should the unforeseen occur, but they almost always require a deductible as well. That’s assuming the damage is covered and repairable. Then are plenty of clauses and exemptions in every insurance contract that could prevent you from getting your phone repaired or replaced at least without a lot of hassle. What if it can’t be repaired? Can it be replaced? Probably but as stated before there will be a charge. What can not be replaced is more of an issue. What about all of those videos, pictures, contacts and messages? In a lot of cases if you’re lucky a majority of the data on a damaged phone can be recovered, but there are plenty of cases when it just isn’t possible.

Water damage is simultaneously one of the most common and least covered causes of damage to Smartphones today. According to a survey by Kelton Research over 20% of reported insurance Cases involving Smartphones involved them being dropped into water. Most notably, toilets were the primary location of these accidents. If there was ever an argument for a protective case that would definitely be one. You can always buy a new cover. There are iPhone 4 and Galaxy S3 cases that are submersible over 6ft. That should more than cover any danger in the average restroom. Water is particularly dangerous because once a circuit gets wet it begins to corrode and data cannot be retrieved.

Dropping damage is the leading cause of damage to Smartphones. We’ve all seen the broken and shattered screens, the chipped edges. We’ve heard the horror stories of how people have destroyed their Smartphones through simple butterfingered mishaps. The worst part? It could be avoided. Cases today have reinforced solid construction designs and internal shock absorbers to protect against such falls and at a fraction of the price to replace a broken lcd screen.

Mother Nature and technology do not mix, dirt, dust, sand, moisture all of these things can render your average Smartohone useless in no time flat. Yet does that mean we shouldn’t take them outside? No that’s ridiculous. Smartphones were invented so we could stay connected while we were out, to free us from only communicating within the confines of on homes. Just the Same as you wouldn’t go outside with no clothes on, (most of us anyway) you shouldn’t take your mobile devices outside without the appropriate covering either. Get a case on that thing. Cases today are waterproof, shockproof, dust and dirt proof. So you can explore the great outdoors, without having to worry about your technology clashing with nature.

These are only a few good reasons to get a good quality case. For Smartphones, the world is a very dangerous place that they weren’t designed for. So it’s up to us to take care of them so they can do what they were designed for, keeping us connected.