The Internet provides methods in which inventors and designers are able to construct and develop electronic prototypes easier than it was back in the 20th century. Thanks to world wide communications, shipping and purchasing options, developers are able to create working devices prior to mass production with less complications and delays. When it comes time to build your prototype, there are a few things that you should keep in mind. 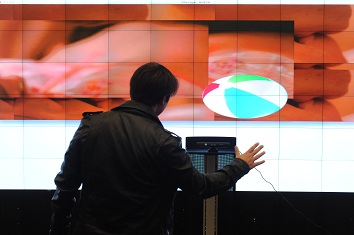 Doing the Work Yourself

Depending on your device, it may be possible to hire third party companies to create your prototype. While many of these organizations can help you realize the potential of your electronic device, it may be better to do the work yourself. This limits the number of people that have knowledge of your device while allowing you to build the unit to exact specifications. When you follow your own blueprint, you eliminate third party interaction that could alter the outcome of the project and miscommunication.

Having Enough Parts on Hand

Never assume that you’re initial prototype will work as to your specifications. The slightest alterations in the design could inadvertently cause the device to malfunction. When you consider the intricacies of the circuit board, having a surplus of each component will allow you to continue working should something happen to the initial project. Instead of waiting several days for parts to arrive due to shipping, you could have everything you need from day one. This also allows you to build more than one prototype as well as a unit used for improving your initial design. While your first project may operate as you intended, you could have ideas for improvements as you work.

Although you may want your prototype to look attractive and marketable, your first project should center around functionality. Appearance can be added later with the assistance of designers. Focus on developing a working product before concerning yourself with how it may look. First prototypes of any degree often don’t look like the end marketable product. If you’re creating electronics to be sold to other corporations, these organizations may have their own designers to develop how the product will look. As long as you can deliver a working prototype, the aesthetics can easily be changed later.

The patent office is a busy location as millions of ideas pour into the establishment. Having a patent issued for your prototype legally prevents other individuals or corporations from implementing your design without your permission. Usually, this means that a third party could pay you royalties on technologies you own that may work in a secondary project. This protects you from being taken advantage of as it’s not unheard of for some corporations to steal the ideas of others.

If you believe your idea is a good one, don’t underestimate what a prototype can do for you. Even if the idea is found to be impractical, it could still open the doors to other projects that may turn out to be a success. Keep in mind that history is full of companies that didn’t like an invention only for the device to become a success under the label of another.