iOS 8 is in the list of Apple’s releases for this year. At the end of the previous year, CEO Tim Cook said 2014 will be marked by new inventions and upgradation of existing products. If rumors are to be believed, iOS 8 would fall under both categories. It will be no less than an invention with updated map feature equipped with transit planning add on and a slew of improvements in photo streaming. 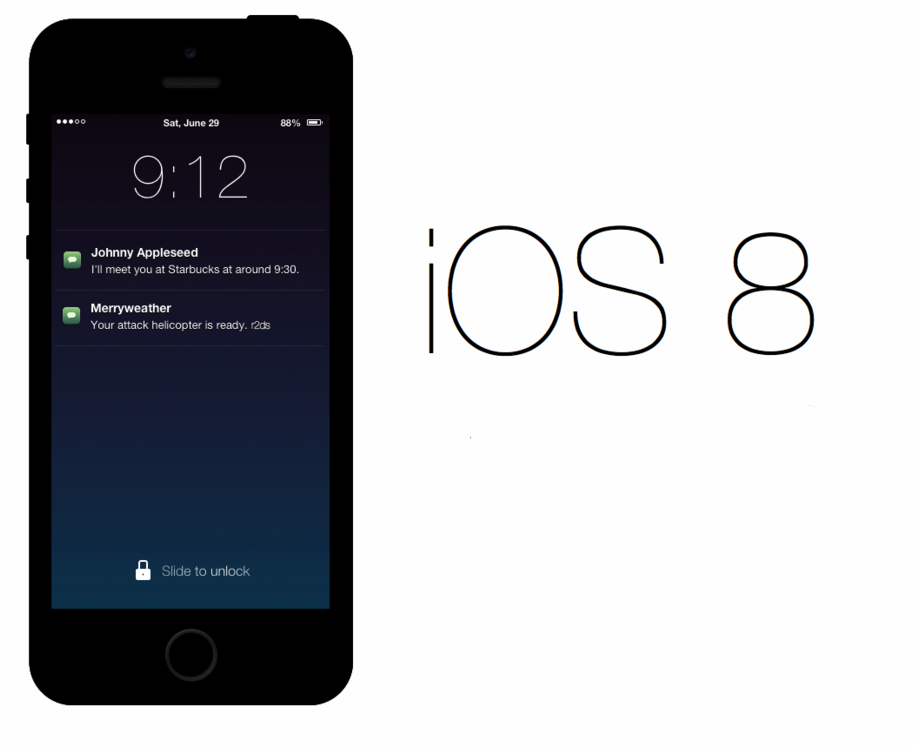 Before going to more details on iOS 8, let’s have a look at the background. The first thing our readers need to understand is why Apple needs to introduce a newer and better version of iOS. iOS 8 is one among many releases that Apple is going to showcase in this year. Others are iPhone 6, scheduled to be released in September and the new Macbook Pro and Mac Mini, which are likely to be unveiled at the Worldwide Developers conference in June. Given both these devices will be high-end, Apple would need better functionalities and enhancements in its signature OS. Thus, iOS 8 is lined up for its release.

Now, let’s check out some speculated features of iOS 8. We experienced a cool feature called FaceTime in iOS 7. The feature lets users enjoy video chat with friends. However, they can chat with one friend at a time. In iOS 8, we can expect the group video chat facility. This feature, if introduced, will surely make iOS more appealing.

The Touch ID fingerprint is a handy feature in iOS 7. However, it’s functionality is restricted to native apps. In iOS 8, the Touch ID feature could be used to gain access to third party features without needing a password.

Apple has taken initiatives to make its map feature at par with Google Map, even though Apple Map is far from competing Google Map. But as per rumors, Apple Map will have some major improvements in iOS 8. We already mentioned above what these improvements will be.

Apple may update the Control Center in iOS 8 with Granular Option. The advantage of Control Center is that it allows users to use Wi-Fi and Bluetooth, adjust screen brightness, turn on Screen-Orientation Lock, get connected to a device that has AirPlay activated in it and give quick access to camera, timer and flashlight. The granular option would ease the end user as they could execute all the aforesaid tasks simply by flickering or swiping.

A very important update that many believe would be found in iOS 8 is setting the downloaded apps as default apps. It goes without saying that Apple’s app store is expanding. In line with the expansion of its app store, Apple may give users the freedom to set downloaded applications as default ones. There’s a strong possibility that iOS 8 would launch with this feature.

The iMessage is a very resourceful app. However, the app is only limited to desktop users. Mac users can get iMessages along with Yahoo and Gmail contacts but iPhone users can not.  iOS 8 users may be the first iPhone users to enjoy this feature.

We can’t be sure whether these specs will at all be available in iOS 8 because currently they are all nothing but speculations. We need to wait till coming september to verify it. However, if iOS 8 does release with these features, that will result in a high level of user satisfaction.