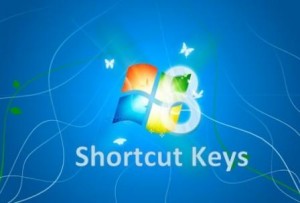 Welcome back to Technied.Microsoft recently announced that their newest operating system Windows 8 would be officially released this October and it will come with a lots of new features. Microsoft has already released Developer Preview, Consumer Preview,etc to know more about the operating system. Like the previous versions of windows, the new OS will also support various shortcut keys and helps us to do things faster. Here is the list of Shortcut Keys For Windows 8.