Christmas and New Year are behind us, and 2019 stretches in front like a highway, promising new and exciting times. Since Christmas is a time for giving and receiving gifts, many people will have received new smartphones or tablets and might be wondering what to do with them – once the initial honeymoon period is over, you’ve still got to install apps and get your phone ready for 2019, right?

Luckily, you don’t have to undergo this process alone. We’ve assembled a list of must-have apps that you simply have to have in 2019. From music to money management, movies to making delicious food, these apps will prove constant companions to your life this year. Here are 6 essential apps to download in 2019. 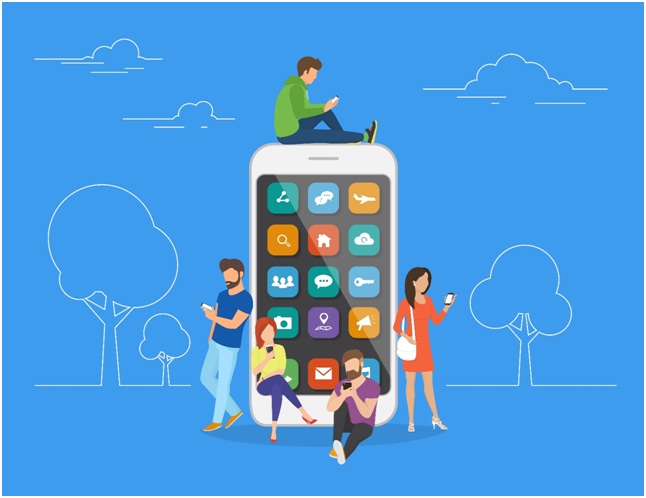 How many New Year’s resolutions this year involve better money management? We make the same promise to ourselves year on year, never quite managing to make good on it. With Mint, you can make 2019 the year you finally get your finances in order. Mint is a fully-featured finance tracker, allowing you to see what you’ve spent, what you’re going to spend (on bills and the like) and where you could make savings. With beautifully laid out pie charts, visual representations of your spending and an incredibly comprehensive overview of your expenditure, Mint is the number one finance app to download in 2019. Whether you’re taking out a logbook loan, paying for your kids to see a show they want to catch or taking your friends to the movies, Mint will see you right.

It’s almost impossible to argue that the future of music delivery doesn’t lie in streaming. Physical and digital album sales – that is, actually purchasing albums as opposed to streaming them – aren’t doing so great, and the less said about single sales the better. Streaming, however, is in a pretty strong place, and for our money there’s no better streaming service than Spotify. Its free model is pretty limited; you’re only able to play songs on shuffle, so full albums are out of the question. There is a 30-day free trial to check out, though, and with over 40 million songs available on the platform there’s no better way to listen to your music in 2019.

In terms of revenue, Netflix enjoyed a pretty great year in 2018, and (if trends are to be believed) is set to experience an even better 2019. Only 10% of Netflix content ends up being streamed on phones, mostly because TVs and laptops make for better displays, but if you’ve got a sizeable iPad or you’re out and about, the Netflix app is fantastic. We’re big fans of using it at the gym – it really makes those lengthy treadmill workouts fly by. With an immense selection of both Netflix-exclusive and syndicated TV content, as well as numerous films to enjoy, Netflix looks like it’s going to continue its dominance as the streaming platform of choice in 2019.

Many 2019 resolutions will include getting fit, and we reckon the best app to help you do that is Zen Labs’ C25K (Couch to 5K) running trainer. Based on the phenomenally successful Couch to 5K programme created back in 1996, the Zen Labs C25K app is a no-frills way to enjoy this effective, well-crafted exercise regime. The app does have ads, and you will need to pay for the premium version to enjoy features like calorie tracking, but there’s a whole host of stuff in the free version – like built-in music, audio cues and social media sharing –  to tide over all but the most hardcore runner. 2019 could be the year you give up your couch potato habits and break that 5K barrier.

Fans of curated news services need look no further than Flipboard, an app that’s been around for a while but has never been more relevant in our news-saturated times. If you just don’t have any interest in politics, but keep being bombarded with the same stuff about Brexit or Donald Trump, then Flipboard is your remedy. This app allows you to customise your news feed, which will show you the stuff you want – tech, travel, food – and the stuff you don’t will simply pass you by. Flipboard even allows you to create your own magazines, compiling your favourite news items and sharing them with friends and family.

Got something important to say? Make 2019 the year you say it. The official WordPress app for both Android and iOS is a great companion to the desktop platform, and has many of the same functions. You can create and edit blog articles, and you can view comments and reactions your blog posts have received. The WordPress app isn’t quite as fully-featured as the desktop version – you won’t be able to access and change your blog’s theme, nor will you be able to mess around with plugins – but as an on-the-go version of WordPress that allows you to jot down thoughts and blog posts without needing access to a computer, this app is a great example of simple, stripped-back design.