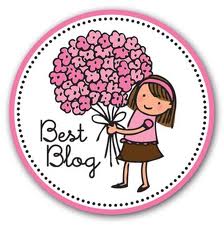 Despite predictions that blogs would become obsolete in the wake of Facebook, Twitter, and other social media, they has persevered. Hundreds of engaging, unique, informative, and just plain delightful blogs still give voice to individuals and companies alike.

The range of formats and subject matter varies wildly, so there’s something out there for everyone. Since there are so many to peruse, we’ve compiled a short list of the top five blogs of 2013.

Parenting blogs are a godsend for several reasons: advice, community, and comic relief. Jenny Lawson, The Bloggess highlights the humor in parenting in her very honest (and at times dark) fashion.

Often likened to David Sedaris, this native Texan is an incredibly gifted writer who tells it like it is. Atypical for her “blog genre,” Lawson writes about “trying to stay sane when you’re generally prone not to.” In addition to being a successful blogger, mother, and wife, her memoir debuted at number one on the New York Times bestseller list in 2012.

A blogger of long standing, Heidi Swanson launched her site, “101 Cookbooks,” in an effort to catalogue and share her massive cookbook collection. In the course of a decade, it has become a delightful blog about food, recipes, and beautiful photos of mouth-watering dishes.

The blog is fun to explore and a wonderful resource that can be searched by season, locale, or ingredient. Perhaps because of the many years dedicated to its creation and content, Ms. Swanson’s blog shines out among the thousands of food blogs to choose from.

Technology keeps a huge number of bloggers and pundits occupied with its ever-changing array of products and break-throughs. We are a society that loves technology, which creates a high level of demand for this kind of content. So it’s no surprise that eBizmba’s top-ranking blogs include a number of technology-centric blogs like Engadget, TechCrunch, and Gizmodo.

One blog that stands out is from Apple. 9to5Mac.com’s senior editor is Mark Gurman. Not intrigued? This gent has worked for Apple for three-and-a-half years. And he just wrapped up his freshman year at the University of Michigan a few months ago.

Bringing Apple-related tidbits, stories, and scoops to the masses and acting as senior editor of the blog between classes, this boy wonder recently told Business Insider that he may or may not continue to blog professionally after he completes his university studies.

One need not be a World War II aficionado to appreciate Martin Cherrett’s blog, World War II Today. He is reporting on the war, one day at a time. We all know the outcome of the war, but the details are often blurry and forgotten.

Cherrett makes it vibrantly relevant and real with posts that include eyewitness accounts, photos, and documents. An addictive daily read, this blog project has been Cherrett’s labor of love since 2008. One can only hope that when he finishes relating the story of the war, he will choose to report on another of history’s epic events.

For a blog that’s off the beaten path, check out Deborah Blum’s “Elemental.” In one of Wired‘s science blogs, Blum delves into the world of poison. A Pulitzer Prize-winning science journalist, her writing is captivating, if a bit on the macabre side.

What makes it unsettling is that she often looks at poison as it is used in the intentional killing of others. Her topics range from the world’s dumbest poisoners to the deaths of twenty-three children in India who fell victim to pesticide-laced school food.

Creative, thought-provoking content abounds on the World Wide Web, and thanks to advancements in technology, individuals and companies alike can become the author of the next best thing in blogging.