If you’re like most people, then you think social media is great. It’s an awesome way to meet people. It’s an awesome way to stay in touch with people. Their messaging services. You can use it as a diary or journal. You can promote or advertise things. All of this stuff taken collectively is excellent. Unfortunately, one place that people think that it is great to use social media, but it absolutely isn’t is on the road. As soon as you get in the driver’s seat, you should shut all of your social media connections down. Pull the plug. Because social media on the road is a recipe for disaster. 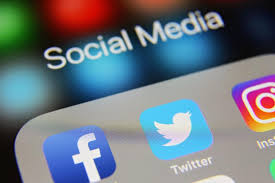 Think of all the different ways that being on your mobile devices can cause a potentially serious ruckus. First of all, there’s no telling how many people posting status updates on social media have gotten in crashes with other vehicles because they are distracted while driving. Secondly, you can cause harm to yourself by being distracted in a car. And third, you can end up being a public nuisance. Mixing social media and driving is pretty much one of the worst decisions you can make.

If social media caused a car accident, you should be ashamed. Especially if someone was injured in the auto accident, you could end up feeling terrible for the rest of your life. There is nothing that you should post or scan through on any social media platform that is worth it for you to take your eyes off the road while you’re driving.

Self-Harm Due To Distraction

And social media won’t just harm other people in the form of accidents because you’re on it either. There’s also the chance of self-harm. Even though it sounds ridiculous, there are lots of single car accidents on the road. Particularly when it comes to distracted driving, people can do things like drift off to the side of the road or forget what they’re doing and run into a sign, for example. And when it’s only you that is involved in an accident, there is no one else to blame.

Being a Public Nuisance

A final reason to avoid social media on the road is that you end up being a public nuisance. Part of the YouTube culture likes to record every single thing that they do. The trouble is, if you’re driving on the road, you should be paying attention to what you’re doing, not thinking about what sort of footage you’re going to give to your audience.

If you’ve ever seen someone in their car stopped in traffic recording something onto their phone, this is an instance where that person has become a gigantic and potentially dangerous nuisance because of the attention that they’re trying to get from their virtual community.