Xiaomi is all set to launch its new fitness band MI band 3 in China at a media event on may 31. Along with the Mi Band 3 the comoany will also launch its next flagship smartphone, the Mi 8 and the MIUI 10 at the same event. CEO of Xiaomi, Lei Jun has also confirmed the same via his official handle on Weibo, China’s social media platform. 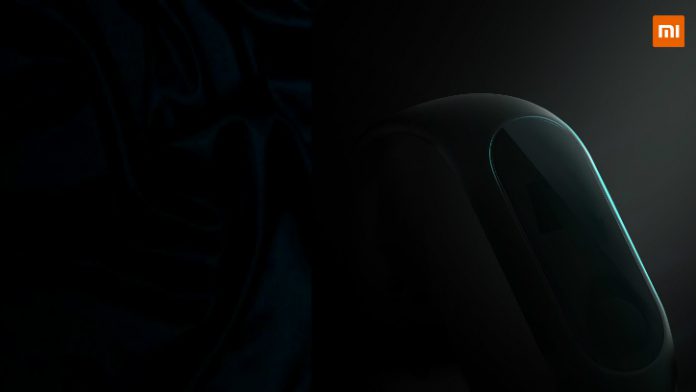 The Xiaomi Mi Band 3 is expected to feature the same 0.42-inch mono-coloured OLED display as like its predecessor Mi band 2. But this time, it is expected to come with a curved display and without any physiacal button. The screen of the Mi Band 3 could be more rounded compared to Mi Band 2. Another good thing is that that the display can be removed from the strap for charging. Users can perform all the tasks using the touchscreen as no physical buttons are there.

Other features included, Bluetooth 4.2, NFC and IP67 certification of dust and water resistance. The price of the Mi Band 3 hasn’t been revealed yet, but as the launch event is just three days away, so we don’t have to wait for long to know the price of Mi Band 3.

Recently we spotted Lei Jun wearing the Mi Band 3 at BlackShark launch event. He also confirmed that he has been testing Mi band 3 for last few months and quite happy with its performance.

To know more about Mi band 3 and other latest tech news, we suggest you to keep visiting our blog regularly. Hope the demand for the Xiaomi Mi band 3 will set a new record. Xiaomi may also launch Mi Router 4 and several other accessories at the  May 31 event.