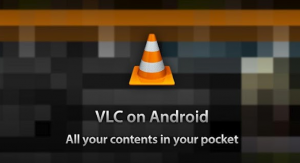 World’s one of the most popular media player VLC now available in google play store.VLC can play almost all types media file without any external codecs. So, now get ready to play any kind of media file on your android device.

This long awaited android application made its maiden appearance in google play store after one of development and still the app is in beta phase.

The current VLC app for android is compatible only with Android devices with ARMv7 CPUs that support NEON media processing engine. The developers of the app promised to bring another update version very soon to support more devices.

In its description section VLC cautions users that the current edition of the application is not stable and is slower than its final version.The beta version of the app is targeted towards power users and hackers.VLC also added “It might kill your kitten, destroy your house and start the mayan apocalypse. Use it at your own risk. Have Fun! :)”.