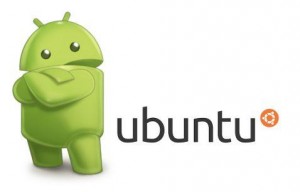 After all it was Windows, Mac and now Ubuntu is also featured in to the Android World. People have made a hearty congratulations to the management and staffs of both Ubuntu and Android after all they hooked successfully after a long gap of time where the talks were over some months.

It is as same as the Web Features given in the PC. The same features are enabled in Android Docked Devices which makes the users to get a smiling charm in their face.There was a great Thanks for both the sides of the oder team where both transition series got them handled well after a tough competition of iOS.

Ubuntu and the Docked Android Device gets into a same feature of the Screening effect as we can sit back and enjoy the productivity. Both Chrome and Firefox can be utilized here as the set up between both the PC and the Android Docked Device has made it generally great.

There are the same feature for the Contacts and Calendar enabled for the Android device and the Chrome Device where it will be a great experience for them even when the phone is docked out in the interim which also enables the user to have a peep in through it.

Instead of the Regular Android OS Gallery provided, there will be an irregular Ubuntu Gallery which might also please the customers well. Integrated Settings are also given inbuild and some options should be installed manually.

As Ubuntu is also considered with all the Social Networks like Facebook, Twitter, MyApp etc. It provides a direct contact with them which may lead a great opening for this and all above this feature also enables the automated easy Wi-Fi feature.