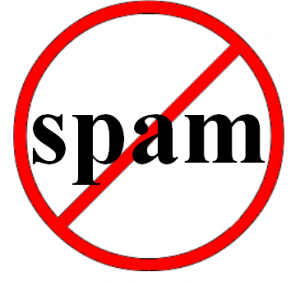 Terry Zink, an engineer from Microsoft has discovered that Android devices are being used to send spam.Most of the Android users download pirated versions of paid apps to avoid paying and some cyber-criminal take chance of it.They make fake versions of apps that try to cash by sending premium SMS messages from android device.

Microsoft anti-spam engineer Terry Zink believes a cybercriminal has developed a new type of malware that can access Yahoo Mail accounts on Android devices and can send spam messages from them.He has posted more details of this discovery on his official MSDN blog.

After analyzing headers of multiple samples,he comes to an conclusion that all the messages come from compromised Yahoo accounts and they are stamped with the “Sent from Yahoo! Mail on Android” signature.

We all know that Yahoo provides the originating IP address for the e-mails and this amazing feature helps Zink to list the countries from where
the spam is being sent: Asia, Eastern Europe, the Middle East, and South America. More specifically, the spams Zink got on his hands came from  Indonesia, Lebanon, Chile, Philippines, Russia, Thailand, Oman, Ukraine, Saudi Arabia and Venezuela.

This is not the first time that Android malware has been caught connecting to a botnet.The month before, Symantec identified multiple publishers offering infected apps in the official Android Market, now known as Google Play.

If you are using any kind of Android gadget, we request you to download apps only from google play store.Remember downloading apps from unknown sources may cost you more.