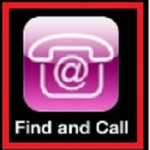 Another malware App named “Find And Call” found in google play store.The renowned virus protection firm kaspersky report it yesterday. According to kaspersky labs, this malicious app access your address book and uploads all the contacts stored in the phone to a remote server.From there, the server would spam those in your address book with ads via text messages. Kaspersky also claims, for the first time they found out a malware app available on the App Store since its inception.

The good news is that google has already been removed this app from play store to protect their much beloved clientele.You will be surprised to know that this malicious app has made its way to the Apple store also and becomes the first malicious in Apple store.Although, Apple has removed this App from their store, but the discovery of “Find and Call” in Apple’s App Store can be called iOS’ biggest security vulnerability ever.

“Malware in Google Play is nothing new but it’s the first case [of] malware in the Apple App store,” kaspersky labs wrote on a blog post.

If you really be want to on safe side, never download pirated versions of paid apps from third parties. So, from now onwards, you have to take extra care before downloading any apps from google play store on your android device. Atleast read the reviews, before you download it on your device.