It is no secret that Google has been working hard to be the leading Smartphone manufacturer in the world. Their efforts have paid, and every release has been warmly received by the consumers. This is especially true in the case of nexus 5 that had amazing specifications yet going at an affordable rate. The device has made everyone get even more expectant of the upcoming Nexus 6, which is due for release in a matter of months. 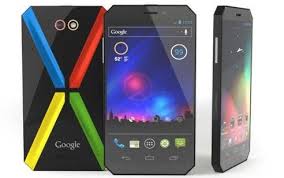 Google Nexus 6 will be budget friendly, as the manufactures have already promised. It is not easy to find a Smartphone with the kind of specifications such as the ones you find in nexus line going at an affordable rate. For this reason, most competitors are beaten out of their game every time Google announces a new release. It has been predicted that this will be the case after the Google Nexus 6 release into the market.

The next nexus will be designed with the aim of polishing the existing nexus 5 and including new features. The device will be powered by QUALCOMM’s snapdragon which will be cloaking at 2.5 gHZ and further paired with a 4GB RAM. Such a device will obviously be ideal for the users who love speedy downloads and multifunctional Smartphone.

Just like in the case of nexus 5, the next nexus will feature the ‘ ok Google now’ that allows the user to access everything on phone just at one click. The camera will also be updated to feature better optical image stabilization. More so, it is not a wonder to find the replacement of the plastic body with the attractive aluminum body that many manufactures have indicated   to feature in their 2014 devices.

We can expect many surprises from Google for the very fact that the company is likely to leave the manufacturing of Nexus 6 to Lenovo. Just recently, the word on the street was that Google had signed up a deal with the Chinese tech giant, Lenovo so that Motorola would partly belong to the new company. In the same deal, Lenovo would not only come up with nexus 6, but also to strategically place the next nexus in the best of places in the market. In particular, nexus will be better sold in the East Asian market and in U.S if Lenovo takes over in the manufacturing.

There have been speculations that Google does not want to compete with Samsung in this year, 2014. As such, it has been said that a good partnership may develop between them to the end that Nexus 6 would be developed by the Korean tech giant. If that hold true, then Lenovo may not be considered for the next nexus manufacturing.

It is important to note that most of the specifications as stated above are based on rumors. People still cannot with certainty tell you how sure they are about the specifications stated above. However, everyone agrees to the fact that Google is committed to bring into the market one of the best devices in 2014. For the conformation of Nexus 6 features, one has to be patient till October when the device will be available for sale.