Flappy Bird is one of the most popular arcade game of all time. Unfortunately, you can’t get it on Google Play Store as the developer of the game had removed Flappy Bird from Play Store a long while ago. But still you can play this game on your android smartphone by downloading Flappy Bird APK from the link given below. And I am sure that you’ll enjoy playing this difficult yet addictive game on your mobile. Another best thing about Flappy Bird is that the size of the game is very small. 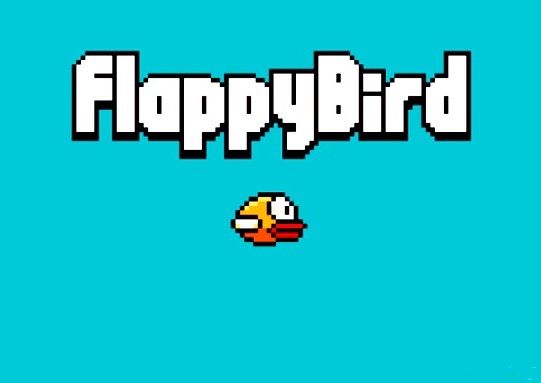 Flappy Bird game was released for android as well as for iOS in May 24, 2013. And within one year the game has crossed millions of downloads. During this period, the developer claimed to earn $50k a day from sales and in-app advertisements. Later on February 10, 2014, the game was removed from both App Store and Google Play by its creator. Don’t worry. Because still you can play the official version of the game on your android smartphone without facing any difficulty. Your main goal is to direct a flying bird, who moves continuously to the right, between sets of Mario-like pipes. Depend on the performance of the players a bronze, silver, gold and platinum medal is awarded. Now it’s time to have a look at the key features of the game.

These were the top notch features available inside the game. To explore all the features you need to play the game on your android smartphone. The APK file we are sharing here is official and 100% safe.

To start download, you need to click on the above download button. Once you click on the button, the process will start automatically. As the file size is too small, the downloading process will not take more than 1 minute even on a 2G connection. Once completed, save the APK file on your desktop or smartphone.

How To Install Flappy Bird On Your Android Smartphone

Check twice that you have downloaded the proper and full APK file, not a broken one.

Now transfer the APK file from desktop to android device. Skip this step if you have used your android phone to download the APK file.

Open your file manager and search for Flappy Bird APK.

Once you find the file, tap on it and follow on-screen instructions to initiate the installation process. That’s all and within a minute the most addictive arcade game would be installed on your phone.

That’s all for today. You can also download Tweakbox to get premium apps for free. Thanks for reading.