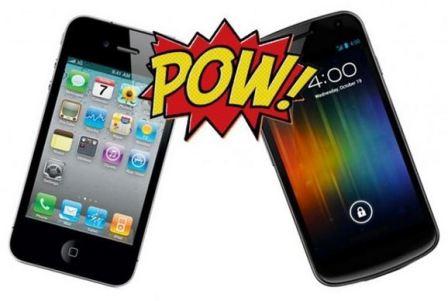 Android and iPhone have been neck and neck in the smartphone game for quite some time, and it’s for good reason. Both devices offer admirable features, but there are just several that Android offers that iPhone clearly lacks. These are just four of the features Android users enjoy on a daily basis while iPhone still sees no support for them.

One of the many gripes among iPhone users is that the space they are given is exactly what they are stuck with until they purchase a new phone. On the other hand, Android phones support SD cards for additional storage. By swapping out SD cards for others in the same phone, some argue that this can represent unlimited storage on Android phones. iPhone users, however, cannot add more storage and if more is desired, a new phone must be purchased.

Waterproof Phones are Making Their Way on the Scene

Android phones are also becoming waterproof! The Sony Xperia Z, a new smartphone from Bell.ca, is completely resistant to water. This means you can chat on the phone during a bubble bath, take it into the hot tub, or even make a call while you wade in the ocean without worrying about dropping it or being splashed. Water is a death wish for iPhones, much like concrete.

iPhone has already hopped on the multitasking bandwagon, but they still haven’t done enough to achieve Android’s standard for multitasking. When you multitask on an iPhone and switch between one app and another, you are essentially closing or stopping that app in the background and moving to another. Although it still appears to be running in the task list, you never truly pick up where you left off when you return to it.

On the other hand, when another app is opened while one is already running on Android, the original app continues to run in the background. For example, if you are downloading a file in an app and wish to make a call while it downloads, you can do so. On iPhone, the download would likely pause or the file’s progress would be lost altogether.

Lastly, there’s a little something for everyone when it comes to Android phones. iPhones offer only a few models, each of which act and look like the others. Who needs that? With Android, you can choose from a wide array of devices with different operating systems that meet particular needs.