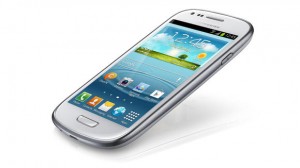 JK Shin, Communication Head of Samsung, admitted that the Galaxy S3 Mini won’t be found wanting in terms of specifications when compared to its big brother, and while the slimmed down offering may ship with Android 4.1 out the box, some fans may be disappointed by what’s inside. Mr. Shin had also said that Galaxy S3 was heading for the European market to meet the growing demand for small handsets.

Samsung’s original Galaxy S III was unveiled in late May, 2012 and became very popular within a short period of time. Galaxy S3 Mini will go live for pre-orders soon and 8GB version of the smartphone is expected to be priced at $$350 and 16GB for $430. Samsung has not revealed the exact price and release date of Samsung Galaxy S III Mini.

As the phone is smaller in size than the original version, users can carry the phone in their pocket without facing any kind of trouble.

Smartphones are the most popular in the market right now, due to the fantastic range of apps that are available. If you are looking for cheap mobile phones online then make sure you check out the smartphones available from sites such as dialaphone.